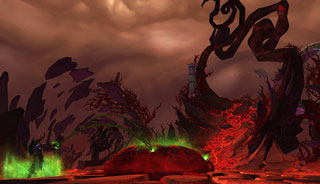 It’s time to take your Emerald Nightmare raid to the next level when the Mythic Difficulty launches today.

When the Legion expansion for World of Warcraft launched, it came along with the promise of the upcoming Emerald Nightmare raid. Last week, the Normal and Heroic versions of the raid went live. Today, Blizzard is opening up the Mythic difficulty option.

Also opening today is the first wing of Raid Finder for the Emerald Nightmare. The second wing will open on October 11, with the third wing coming two weeks later on October 25.

You can learn more about the Emerald Nightmare in Blizzard’s preview, and more about Mythic Keystones in this news post from Blizzard.