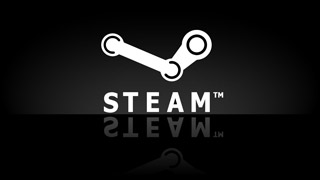 If you’ve got a newer Samsung Smart TV, you can get the Steam Link app to stream your PC games.

The Steam Link box lets you stream your PC games to your television for $50, but if you own a 2016 or 2017 Samsung Smart TV, you can grab the Steam Link app for free. The app has left beta, and is now available for download in the Smart Hub app store, according to this post in the Steam Link Community.

There are a few caveats to keep in mind, First, you’ll need a TV from 2016 or 2017. Next, you need to make sure that your TV’s firmware is up to date. Finally, you’ll need a compatible controller. The post lists the following models as options:

It’s also worth noting that there is one known issue listed: Rumble on Xbox controllers causes a lag spike. The Link team is already working on a fix for the issue, so hopefully it will be resolved soon.

You’ll still have to deal with the latency in your home network, but if you have the right TV, this app will save you $50, and that’s always a good thing. There’s no word from Valve on when or if the app might come to other smart TVs, but there are plenty of requests mentioned in the community already.