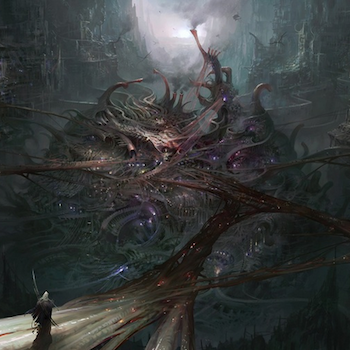 inXile believes turn-based combat will be “a stronger fit” for Torment: Tides of Numenera

Back in March, inXile, hot on the heels of its successful Kickstarter to make a modern day sequel to the PC classic Wasteland, launched a second campaign to raise funds for Torment: Tides of Numenera. Pegged as a spiritual successor to Planescape: Torment, one of the most well-regarded RPGs ever made, it reached its goal of $900,000 in mere hours and would go on to raise than $4 million before time ran out.

In November however, the studio asked backers for some input a bit less monetary in nature. With the team on the fence about where to take the game’s combat, it asked contributors to vote on whether they’d prefer turn-based combat, a la the original Fallout, or real-time action with pause features as seen in games like Baldur’s Gate.

Well, the tally is in and inXile has announced that, based on the collected votes, it will be going with turn-based combat. The results were agreeable to the game’s development team. “We were leaning toward turn-based combat because we believe it’s better suited for the kind of tactical complexity we’re looking for,” said inXile in an announcement on the project’s Kickstarter page. “We believe it’s a stronger fit for bringing narrative elements, including dialogue with NPCs, into hand-crafted combat situations.” Turn-based combat won the vote by a mere percentage point with 48 percent voters choosing turn-based and 47 percent voting for real-time combat. The remaining voters said they were “indifferent.” The voting pool included nearly 20 percent of the game’s contributors and numbered just over 15,000.

Man Who Bought $735 Xbox One Photo Gets Free Xbox One