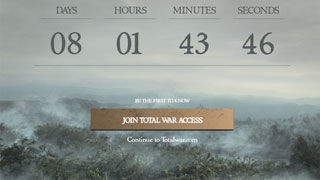 Is there a new Total War game coming soon? Looks like we’ll find out next week.

The last Total War: Warhammer DLC was released at the end of February, and everyone wondered where Creative Assembly might go next. Would it be a new historical game, a Warhammer sequel, or something entirely unexpected. Last week, CA posted an update to its official forums, explaining what each of its teams is working on.

While there’s no way to know which game this could depict, folks on the Total War subreddit seems to think that the image is of Warhammer’s Lustria, and the reveal will be the next game in that series. However, it could also be the new historical game mentioned above.

We’ll have to wait until next week to find out for sure, but one thing is certain: Total War fans have something to look forward to.