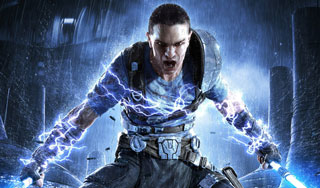 If you need a Star Wars fix after watching Rogue One, Steam’s got a bunch of games on sale to fill that void.

Rogue One: A Star Wars Story debuts in theaters tonight. Once you’ve watched the newest Star Wars film, you’ll probably have the desire to jump into the universe yourself. There are plenty of games that let you experience Star Wars, and Steam has two great bundles on sale this weekend.

The first is the Star Wars Collection. It contains 14 games, and would normally run you $99.99. This weekend, you can grab this bundle for just $23. Here are the games it contains:

There’s another bundle that offers up a different sort of Star Wars titles. The Star Wars Classics Collection is normally $39.99, but you can get it this weekend for $16. It packs in these eight games:

Both of these bundles are marked down until December 19,

Nintendo is Taking the Switch On a Six-City Demo Tour

Get a Lifetime Subscription to SlickVPN Core for Just $29