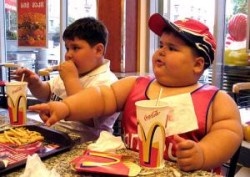 With childhood obesity rates in the U.K. continuing to rise, the government recently endorsed a program that would see the Nintendo Wii employed in physical education programs across the country.

The move follows a pilot project at five Worcestershire schools that used Wii consoles to bring inactive students into “virtual PE.” The project found that students would line up over their lunch hour for a chance to play games on the Wii that included tennis, baseball, bowling and golf, all of which required physical effort in order to play. Heart monitoring conducted as part of the project determined that regular use of the consoles led to a greater level of fitness among the students.

As part of its most recent strategy for tackling childhood obesity, the U.K. government has said that “active computer games” can play a role in getting kids to exercise, and the ministry responsible for the nation’s fitness has now officially endorsed the project. A wider-ranging project is currently in development, and a spokesman for the Department of Health said, “We welcome the positive impact that innovations like these can have as a first step towards getting people to participate in a range of physical activities and to enjoy the many benefits of an active lifestyle.”

A report by the Independent says that childhood obesity rates have tripled over the past two decades, leaving 10 percent of 6-year-olds and 16 percent of 15-year-olds obese. That figure is expected to rise to 26 percent by 2050, according to a government report published in 2007, which also warned of dramatic increases in type 2 diabetes, strokes and heart disease as a result. A report in the British Medical Journal recently determined that “active console games” such as the Wii “significantly increased participants’ energy expenditure” in comparison to conventional systems.