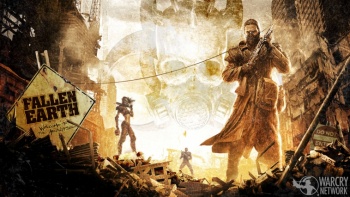 Icarus Studios has contacted The Escapist in response to previously-reported news that the Fallen Earth developer had closed its doors.

Earlier today, we reported that an inside source had told The Escapist that Fallen Earth developer Icarus Studios had boarded up shop. Representatives from Icarus Studios have contacted us to clarify the events of this morning. According to marketing manager Jessica Orr, the information from our insider was inaccurate, and Icarus has not closed, though it has undergone severe restructuring.

According to Orr, Icarus still retains 28 employees in addition to GMs and customer support, and did it provide a time by which the laid-off employees had to leave. The studio has not sold any equipment: “[O]ur sound and mocap studios are intact, as well as all office resources.”

“The game is actually performing quite well,” said Orr. “[S]ubscriptions are doing well and we are on schedule to release the Blood Sports Patch 1.4 next week (including PvP arenas, clan wars, a new achievements system and a new content area, Deadfall); we are also on schedule for all content patches and development beyond the May 7 patch.”

So, there you have it – one of our sources says one thing, and the official word says something completely different.

“While the decisions made this morning were difficult, overall they will prove health for our company and the game as a whole,” said Orr. For the sake of those working on – and playing – the game, I can only hope she’s right.

Update: According to Triangle news site The Observer‘s business section, the total number of positions cut was a painful-sounding 75, reducing Icarus’ staff from 110 people to just 35.

Icarus co-founder and CEO James Hettinger has also left the company, though Icarus’ Jessica Orr (who contacted us as seen above) stressed that Hettinger’s resignation was completely voluntary. Phillip Hall, former VP of production, will take the helm as acting CEO in Hettinger’s absence.