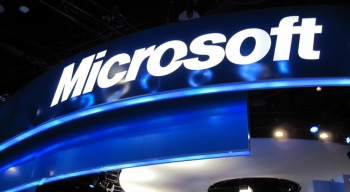 Microsoft executives are said to be looking to take legal action against the NeoGAF user who leaked the company’s alleged Xbox One plans.

Just in case you didn’t know, Microsoft’s Xbox One plans for the foreseeable future has allegedly been leaked by a “mod-verified” NeoGAF user named “ntkrnl.” Among the leaks was a plan for console revisions set for release later this year, and what Microsoft has scheduled for its games lineup. Over on Kotaku, a “reliable source” has been able to confirm that ntkrnl is indeed “connected” to Microsoft, though that doesn’t mean every info that got leaked is real. Another person who’s “familiar with the situation” who spoke under the condition of anonymity has also surfaced, and states Microsoft is currently trying to track and identify the forum poster. This same unnamed source also mentions that Microsoft executives are seeking to take legal action against ntkrnl.

Also of note, one of the things revealed yesterday was the Titanfall Limited Edition Xbox One, which two industry sources have confirmed to Kotaku to be real; although it’s mentioned the leaked console packaging and unit image is not 100% accurate. NeoGAF poster Pete Dodd, who instigated the “PS4NoDRM” movement on Twitter, and has leaked industry info himself, claims he heard the Titanfall bundle was cancelled, with cost being the major factor.

When we asked Microsoft for a statement regarding the leaks, we got the now-standard “we don’t comment or rumors” line, which almost every company uses these days. Thankfully, other people are willing to talk on the leaks’ developments, so we have an idea what’s happening behind the scenes.

Out of the info posted online, which ones do you think will come true? And should Microsoft take legal action against the leaker or has ntkrnl helped Microsoft promote the Xbox One by revealing the host of titles coming to the console?

Updated: Adding more fuel to the speculation fire, VG247 reports that a “well-respected” senior publisher has told them that a new Xbox One model will indeed be released this year. The source could not comment on whether the system will have a disc drive but they did say it will be priced lower than the current $499 model.

PlayStation Plus Subscribers Triple In Volume Since PS4 Launch