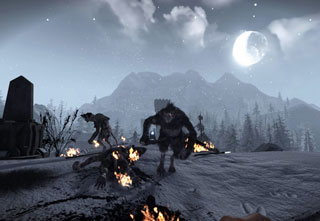 There’s a new DLC coming to Warhammer: End Times – Vermintide, bringing new maps and weapons, alongside the biggest patch yet for the game.

Fatshark has announced that there is a new DLC for Warhammer: End Times – Vermintide in the works, and it will take players to the dwarven fortress of Karak Azgaraz. As with every other location you visit in the game, the fortress is overrun with Skaven ratmen.

There are three new maps in the DLC. Fatshark describes them thusly:

“Battle the Skaven in the ancient halls of the Dwarfen Khazid Kro, made of cold stone and old technology. Explore the mountains in search of The Cursed Rune. Finally, make your way to the top of the mountain to light the first beacon and trigger the Chain of Fire.”

Also included in the DLC are two new weapons. There’s a Warpick for the Dwarf Ranger, and a Falchion for the Witch Hunter.

There’s no release date for the new DLC just yet, but you can jump into a beta test for the DLC< if that’s your thing. You can find all the details for that beta on this page.

Also included in the beta is the newest (and largest) patch for Vermintide to date. The new patch incorporates an enormous amount of changes, from balance tweaks to bug fixes to class changes. You can read the full, multi-page list of changes in this thread on the game’s Steam community page.

The Karak Azgaraz DLC will run $8.99 when it releases. The game’s 1.5 patch will presumably release alongside that DLC.