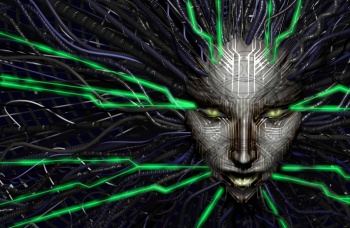 What could make the new System Shock sequel even more exciting? How about marking Warren Spector’s return to full-time game design? It seems that Spector, best-known for his work on Deus Ex and the original System Shock, will lead development on System Shock 3 starting this year.

Spector has already been consulting Otherside on its Underworld Ascendant project while teaching game design at UT Austin. But when the possibility of taking the lead on System Shock 3 came up, he simply couldn’t say no. Spector will complete his semester at UT Austin before joining Otherside full-time.

“Working on System Shock was one of the most fulfilling things I’ve done in my career,” Spector explains, “and it’s hard to describe how much I’m looking forward to sharing with players what SHODAN has been up to since the last game was released.”

System Shock is an cyberpunk RPG series where players face the horrific creations of a sociopathic AI named SHODAN. Spector produced the original release, which spawned a survival horror sequel that remains a classic today. While most gamers remember System Shock 2 more fondly, the first game certainly wasn’t a slouch – it was a unique gem of its time that helped inspire the entire industry.

That’s not to say System Shock 3 will be a guaranteed success with Spector on board. Yet all the same, it’s certainly exciting that one of System Shock‘s original voices will take creative control of the sequel. Here’s hoping the finished product measures up to the hype.

Survive in Halo 5 Guardians With Our Mission Guide