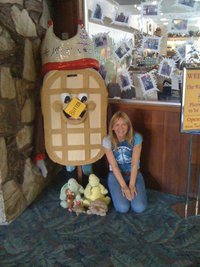 A longtime videogame industry casting director has been killed in a hit-and-run accident.

In a truly sad state of events, prominent videogame casting director Brigitte Burdine of BBCasting has been tragically killed in what appears to be a hit-and-run accident. She was reportedly on her way home from a late-night date on December 29 when she was run over by a dark sedan, and passed away from the injuries sustained.

Burdine, 48, was known for her work on titles such as World of Warcraft: Wrath of the Lich King, Killzone 2, and InFamous. She began working in the videogame industry in 2000 according to IMDB. Burdine’s current project was apparently the upcoming Mortal Kombat reboot.

Burdine was struck at Culver Boulevard and Pershing Drive in the Playa del Rey area of Los Angeles at 1:45AM and was rushed to the hospital, but her injuries were not survivable. The driver of the car did not stick around. Police are looking for suspects and say the sedan that hit Burdine would have front-end damage. If you happen to have any information about the accident, notify the LAPD.