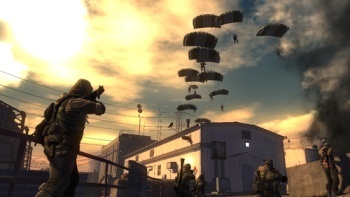 Ben Jones of MAG developer Zipper Interactive says Xbox Live is “more juvenile” than the PlayStation Network, which is better suited to the upcoming MMO shooter.

MAG is a PlayStation 3-exclusive online FPS supporting up to 256 players divided into squads, platoons and companies, with squads commanded by players who have advanced through the game’s ranking system. Naturally, that kind of game requires a certain degree of communication and cooperation between the players and Jones thinks that’s something better left to the PlayStation crowd.

“I actually consider Xbox Live the more juvenile of the two,” Jones told GamerZines, because of “the things that are being said” by Xbox gamers. “Each service has its own posse,” he added. “I think the PlayStation audience definitely fits more to our game.”

“As we saw in the beta, we’ve got an audience that’s willing to communicate and willing to organize and structure, and help other people to play the game,” Jones said. “That’s the most remarkable thing that I saw in the beta – random people helping other players along to try and familiarize themselves with this really cool experience.”

So what do you say, Xboxers? Are you really more low-browed and foul-mouthed than your PlayStation brethren, or is this just PR-speak from someone a company that sold its soul to Sony?

The Good Book of Bad Movies