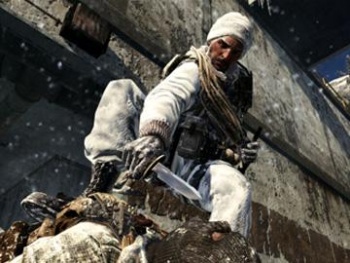 Do you really like shooting mindless undead soldiers of the Third Reich? Well, you now have another reason to start setting money aside for Call of Duty: Black Ops.

It was almost ironic in a way: Treyarch included the “Nazi Zombies” mode in Call of Duty: World at War as a fun little bonus feature after you beat the game, and it quickly became one of the game’s most popular multiplayer features. While the zombies were absent from Modern Warfare 2, Treyarch’s return to the series with this year’s Black Ops meant that people were wondering: Will the zombies return?

First the zombies were rumored, then they were hinted at, and now they’re confirmed. Sort of.

According to Best Buy, the Hardened Edition of Black Ops (and presumably the Prestige Edition as well) will contain a “Four Zombie Maps Pack made famous from COD: World at War.”

Given that it would seem very strange for the collector’s edition to contain an entire gameplay mode that the regular version lacked, I think we can safely assume that Black Ops will likely feature all-new zombie maps as a general rule of thumb. Given the subject matter this time around, they’re likely to be Commie Zombies instead of Nazi Zombies, but the principle is the same. The map pack in the Hardened edition just lets those who shell out a few more bucks kill zombies classic-style.

Man, it’s kind of a bummer that we don’t have a handy little nickname for Black Ops yet the way we did “MewTwo” for Modern Warfare 2. CoDBO? BOps? BlOps?

That last one sounds pretty gross.

Making Games Is Less Fun Than Playing Them