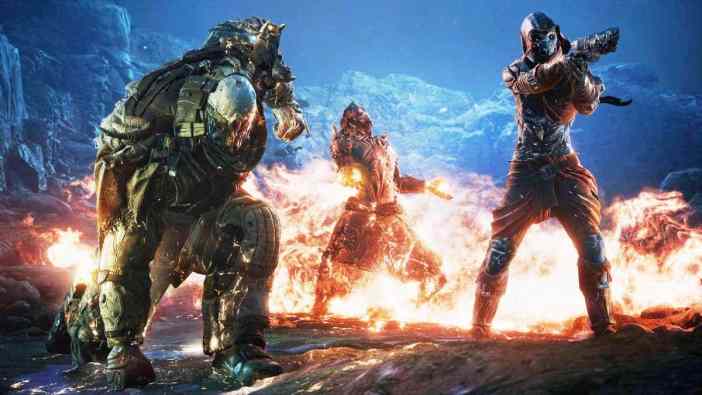 It’s April Fools’ Day, but that doesn’t mean there isn’t news to report. Today, PlatinumGames released a Sol Cresta announcement trailer, the creative director of the Demon’s Souls remake has left Japan Studio, Outriders soars to the top of the Steam charts, and more. Here’s the video game news you might’ve missed on April 1, 2021.

PlatinumGames’ Sol Cresta Is Apparently Real After All

Last year on April 1, PlatinumGames released a fake trailer for a game called Sol Cresta, which was supposedly a sequel to Moon Cresta and Terra Cresta. It was swiftly revealed to be nothing but an April Fools’ joke, but today, the company released yet another trailer for it, this time featuring actual gameplay footage for Sol Cresta. It appears to fall under the moniker of “Neo-Classic Arcade Series Vol. 1” and will supposedly come to Nintendo Switch, PlayStation 4, and Steam. This time around, it appears the game is actually coming out. See for yourself below.

Read More: Sol Cresta has been announced by PlatinumGames, not a joke this time

Finally, after what felt like months of cryptic teases, Tripwire Interactive has revealed Maneater: Truth Quest, an expansion due out this summer for all platforms. Maneater: Truth Quest will continue the story from the base game and will send players to Port Clovis. We don’t know a lot about the expansion, but we do know the game’s level cap has been raised to 40. Check out the expansion’s new reveal trailer below!

As revealed during an interview with Wccftech, the upcoming Dying Light 2 will feature a performance mode and a quality mode — each with their own added benefits. Quality mode will feature ray tracing, while Performance mode will allow the game to run at 60+ FPS. 4K resolution will seemingly be its own third option mode. The game’s rendering director, Tomasz Szałkowski, said the team is “working hard on performance” but that they “cannot provide more details at this point.”

Gavin Moore, the creative director of the recent Demon’s Souls remake, has left Sony’s Japan Studio. Moore made the announcement yesterday via his personal Twitter account, stating, “After 24 years at Sony and 18 of those in Japan, yesterday was my last day at (Japan Studio).” Today was also the day Sony merged Japan Studio into ASOBI Team, as VGC reports. Moore said he’s seeking “new and exciting opportunities.”

After 24 years at Sony and 18 of those in Japan, yesterday was my last day at #JAPANStudio. I will miss the great creative spirit and camaraderie of the studio that was a huge part of my life. Time to seek out new and exciting opportunities!! pic.twitter.com/XOW0XytYd4

Outriders Has Peaked at Over 100,000 Players on Steam

Outriders from People Can Fly and Square Enix has just launched today, and it’s off to a fantastic start, particularly on Steam. The cooperative shooter has peaked at 111,953 players on Steam and is the biggest launch ever for the publisher on that platform. In fact, it has already surpassed the all-time peak for Marvel’s Avengers, which settled at around 31K players. Outriders is available for PC, PlayStation 4, PlayStation 5, Xbox One, Xbox Series X, and Xbox Game Pass.

It has reached an incredible 100,000+ concurrent players launch day and is the first paid game ever published by Square Enix to reach this high (not counting free games / weekends)