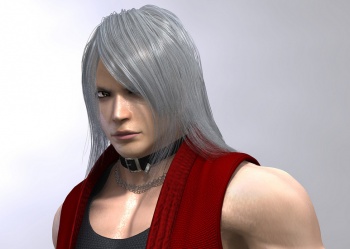 It’s been four long years since Virtua Fighter last appeared on a home console, but that dearth of fisticuffs is about to end.

While the fifth Virtua Fighter has already appeared on both consoles in an earlier iteration, Final Showdown brings with it a host of new, shiny features. Sega details the works:

The Perfect Fighting Experience: Virtua Fighter 5’s signature style of hand-to-hand combat, with revised mechanics, balance, timing and more, along with simplified controls for new players while retaining the depth that veterans demand

Dynamic and Interactive Arenas: Fighting areas in new shapes and sizes, including arenas with fences and walls that are different for every round – take unexpected advantage of fighters’ new wall-based moves, or break through the fences with special attacks

A Mode for Every Fight: Dominate the leaderboards with VF5’s extremely responsive online battle system, widely praised for having little to no latency, or take on an army of opponents yourself in a new single-player mode

Endlessly Customized Combatants: Enter the ring with one of 19 playable characters, including fan favorite Taka-Arashi from Virtua Fighter 3 and an all-new character, Jean Kujo, and customize them with unique costume and character items.

New roster addition, Jean Kujo, is the effeminate gentleman in the image at top-right. He’s a French Karateka, who could pass as Ken Masters’ mopey younger brother in a pinch. Final Showdown is his debut in the Virtua Fighter series, so expect Kujo’s novelty to make him something of a favorite among online players, at least initially.

Alongside this announcement, Sega also issued a trailer for the game. Though it lacks actual gameplay, the footage does offer a substantial amount of hype-building stylized aesthetics, likely built specifically to appeal to long-time fans of the series. Have a look:

Unlike Capcom’s updated fighters, Final Showdown will be released solely as an Xbox Live Arcade/PlayStation Network downloadable title. No pricing details have yet been announced, but we’ll fill you in just as soon as Sega does the same for us.

Though Final Showdown is not scheduled for release until next summer, Sega has promised that the game will be playable at PAX this weekend.

This seems like an excellent opportunity to learn exactly how Monsieur Kujo throws down.

Serious Sam 3 Gets a Release Date and a Serious – UPDATED