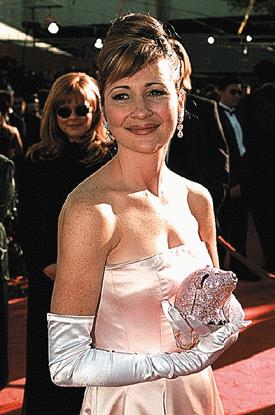 Christine Cavanaugh passed away on December 22 in her home, her sister Deionn Masock confirmed. Cavanaugh was a voice actress for many years before retiring in 2001 to be closer to her family. Cavanaugh was 51 years old when she died of an unknown cause, Masock said.

Cavanaugh played Chuckie Finster in Nickelodeon’s Rugrats, Dexter in Cartoon Network’s Dexter’s Laboratory, and Goslyn in Disney’s Darkwing Duck. She can also be found in The Powerpuff Girls, The Wild Thornberrys, Aaahh!!! Real Monsters, and Sonic the Hedgehog. Cavanaugh won an Annie Award in 2000 for her role as Dexter.

Cavanaugh’s family said Christine brought smiles and laughter to many people through her acting.

“Christine has touched many lives, some we know and others we do not…” her family wrote in an obituary. “Many know of her from the roles she played, but in each role there was a part of her showing through that the ones who truly knew her could see.”

Once retired, Cavanaugh spent her time hiking, reading, writing, and spending time with her family.

We’ll look back on Cavanaugh’s roles fondly, especially her work as kid genius Dexter in the “omelette du fromage” bit.