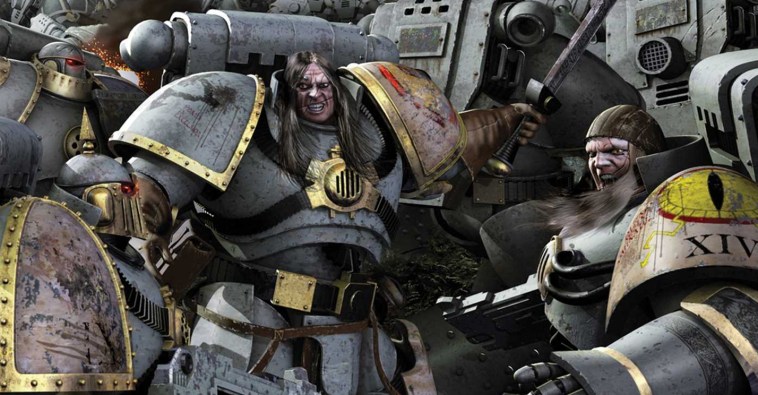 Man of Steel and The Witcher star Henry Cavill is no stranger to the intricate webs of dystopian power struggles in Warhammer 40K. He’s noted his love for miniatures and Warhammer’s brand of chaos in several interviews. Despite Henry’s knack for landing dream projects, the Warhammer community was caught off guard by his involvement in a brand new Warhammer 40K show produced by Amazon. Fans have reacted positively to the news, with plenty of theories about which character arcs would be brought to life.

The worlds of Warhammer 40K brim with tales of technical wizardry set against a backdrop of deceit and desperation. Advancements in tech have turned its universe into a map that doesn’t quite list out its many terrors. Said advances have also elevated humans to near-immortals, with second hearts and a dizzying amount of body augmentation. Themes of imperialism and misguided religion spill across broader brushstrokes like interspecies conflict and crusades on a galactic scale.

Warhammer 40K’s impeccably detailed miniatures have given rise to excellent adaptations across books, video games, and animated shows. A live-action show with a healthy helping of CGI could breathe new life into Warhammer 40K’s chainsaw swords and hulking mechs as they clash against Ork war machines, cyber-mummies, and Tyranid bio-forms.

While Henry Cavill has settled well into the mold of the stoic protagonist à la Superman and Geralt, I’m hoping he gets to test his mettle against more unconventional roles in space warrior-monk armor. Anti-heroes and misguided villains pop in and out of Warhammer worlds like rabbits, burrowing through worlds and minds in pursuit of their goals. Here are some beloved characters who could be raised from their well-worn pages by Henry Cavill’s charisma. 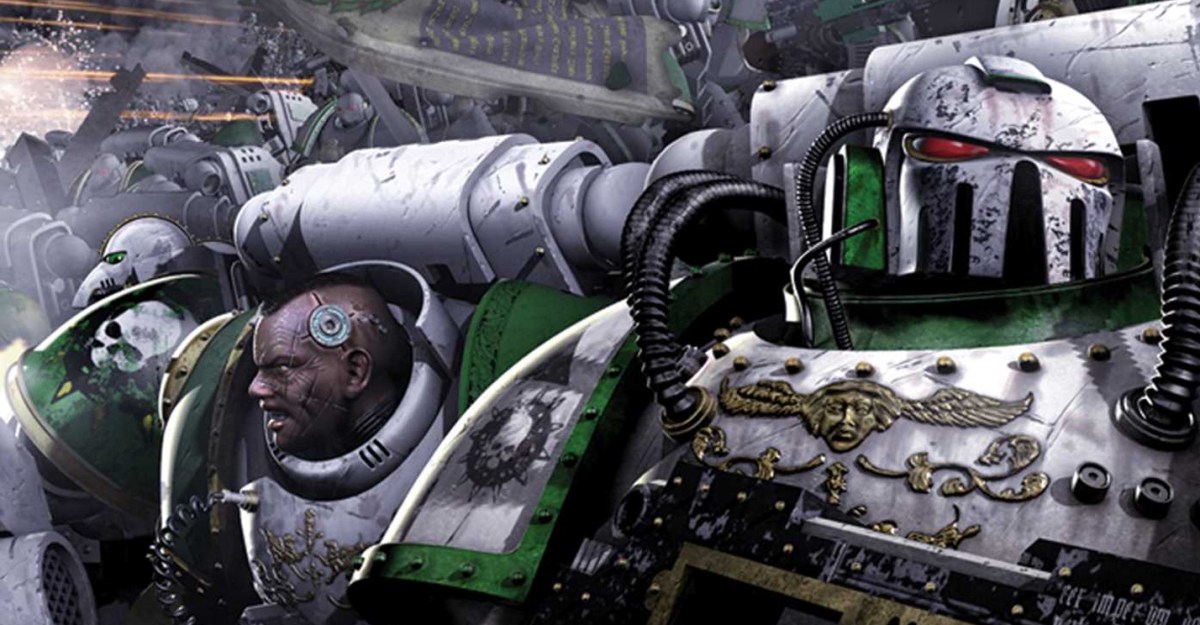 Among the many Warhammer 40K novels that received critical acclaim, few conflicts have wrought such havoc as the Horus Heresy. Horus Rising, False Gods, and Galaxy in Flames are considered essential reading for any Warhammer 40K enthusiast. The success of the first few novels around Horus’ deceit led to an expansive push with dozens of sequels chronicling his rise as a traitor and the repercussions of his actions. This intergalactic civil war was a key cornerstone event in Warhammer 40K’s bloody records, fueled by Warmaster Horus who sought to dispose of the Emperor of Mankind.

Genetically engineered by the Emperor himself to lead as a Primarch, Horus’ betrayal turned him into the universe’s greatest traitor. His schemes massacred countless Space Marines loyal to the Emperor, crippling the Imperium as he moved his plans into motion across solar systems. Corrupted by Chaos, ruthless Horus would make a fine addition to Henry Cavill’s long list of memorable roles.

Those looking for a more compassionate leader could hope for the appearance of Colonel-Commissar Ibram Gaunt and his underappreciated regiment of scouts and recon specialists, nicknamed Gaunt’s Ghosts. After a surprise Chaos invasion at the agri-world Tanith, Gaunt ordered a costly retreat, with less than four thousand survivors. Instead of being grateful, they were furious that they were stripped of the right to die for their homeworld. It took a while for Gaunt to earn their trust as he slowly reorganized the survivors into a ragtag regiment that would play a crucial role across several Imperial offensives. Some see him as a failed Commissar, but none can deny that his unorthodox approach turned a struggling regiment into a formidable threat. First and Only and Ghostmaker are two Warhammer 40K novels where Gaunt’s battle acumen really shines and could be ripe for Amazon TV adaptation. 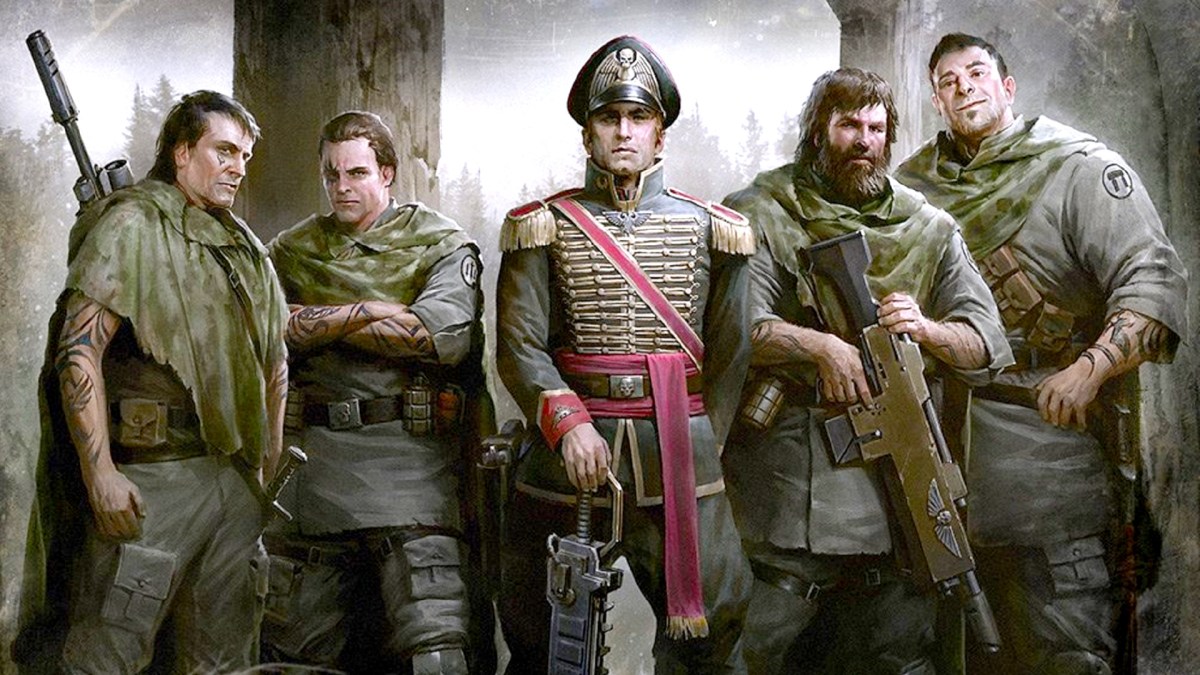 If you’re thinking Henry Cavill should stick to his strengths, mankind’s legendary Emperor would be a prime pick. Destined for greatness right from the womb, His powers as a psyker were unrivaled as he shaped the course of humanity, switching between playing unassuming roles and those of monumental heroes. His near-immortal reverence and powerful psychic powers led to his being worshiped as a god. His Imperium united the trillions of humans across the galaxy, protecting them from the forces of Chaos and aliens outside its borders.

The Chaos gods recognized Him as their greatest threat and went as far as poisoning minds into deifying Him as a god against His wishes. The showrunners have centuries of material to pick from, right from the Emperor’s formative years to His display of leadership as he guided mankind into a new age. His actions and inactions have been the subject of much debate, leading to powerful enemies both within and outside the Imperium.

While its worlds have been shaped by conflicts on a galactic scale, Warhammer 40K excels in its smaller moments, where unsung heroes slug it out against impossible odds. Systemic flaws and political schemes ripple across every facet of the Imperium, creating opportunities for all kinds of stories. Warhammer 40K offers countless more leaders and narrative arcs to pick from, and I hope Amazon’s endless pockets support Henry Cavill’s labor of love to fruition.