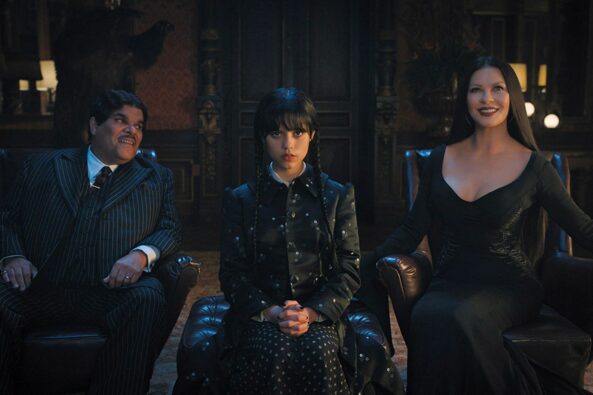 Netflix has shared the teaser trailer for Wednesday, a new, eight-episode Addams Family live-action TV series focusing on eponymous character Wednesday Addams (Jenna Ortega). It is a simultaneously funny, dramatic, and violent new take that involves Wednesday moving away to a new school, Nevermore Academy, after she unleashes piranhas that bite off a jock’s dick at her old school. Tim Burton is the executive producer of the series and directed several episodes (but don’t hold that against it).

Check out the Wednesday teaser trailer from Netflix below for piranha dick bites and more.

At Nevermore Academy, Wednesday will befriend someone who is her polar opposite, Enid (Myers), and they will investigate a murder mystery that is right up Wednesday’s alley. It all looks and sounds really fun, and it could be a great critical comeback for Burton if it succeeds.

Wednesday will premiere on Netflix this fall, hopefully on a Wednesday.