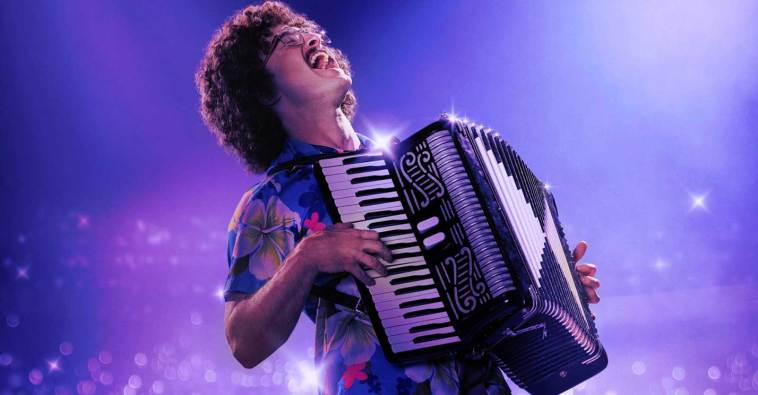 On paper, Weird: The Al Yankovic Story is a biographical movie about internationally beloved and Grammy-winning musician Al Yankovic, starring Daniel Radcliffe. In reality, it’s a hilarious, made-up spoof on autobiographical movies about musicians, and Weird: The Al Yankovic Story is looking even funnier than before with its new, official trailer. It establishes how Al had a difficult childhood because his parents told him to “stop being who you are and doing the things you love,” and he runs into trouble with the law for attending a “polka party.” But then the right spunky music producer discovers him, and he offers Al the perfect stage name to propel him to stardom.

The Weird: The Al Yankovic Story official trailer only gets goofier from there, in a great way. Madonna (Evan Rachel Wood) features prominently as Al’s girlfriend who becomes a harmful influence on him, and he apparently makes a descent into drugs and alcohol (because that’s what happens in music biopics). Also, let’s not forget that Daniel Radcliffe is totally shredded throughout the trailer as Al, which is hilarious in itself. Everything about this movie looks on the mark so far.

Weird: The Al Yankovic Story is streaming for free on the Roku Channel beginning November 4.