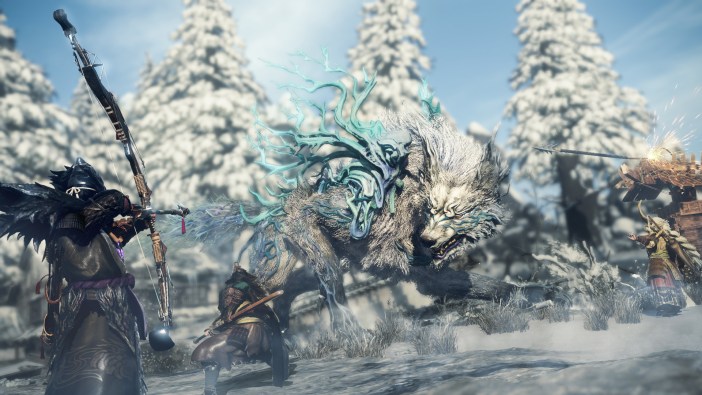 Wild Hearts is an action RPG focused on Monster Hunter-style gameplay made by Omega Force, the developer of the Dynasty Warriors games. It’s releasing through the EA Originals program on February 16 (or 17, depending on region), and here is all the information you need about Wild Hearts preorder bonuses on PlayStation 5 (PS5), Xbox Series X | S, and PC.

The Preorder Bonus for Wild Hearts

The standard edition preorder bonus is available on all platforms, from all online stores and most physical stores including Best Buy and GameStop.

The standard preorder bonus is as follows: a Ferocious Kemono Emote & 5 Chat Stamps: Poker Face, Just Woke Up, Praying, Besties, and Sleepy. They’re all pictured in this handy image taken directly from the game’s Steam page. The standard version of Wild Hearts retails for $69.99. 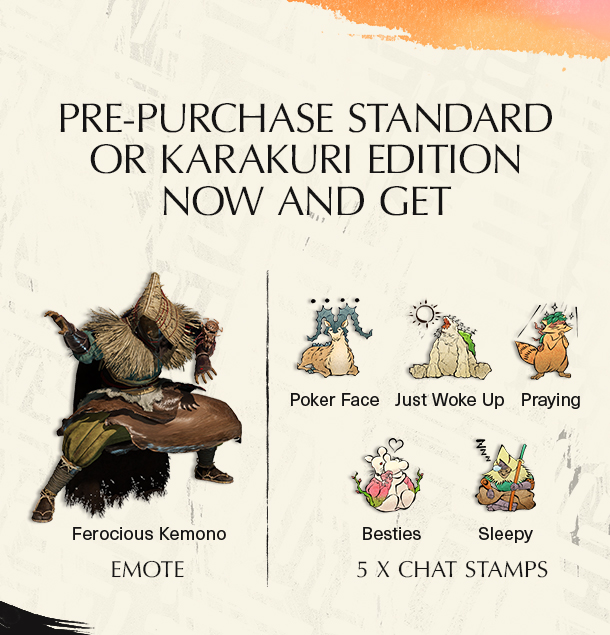 These are the Karakuri Ninja and Karakuri Samurai Armor Sets, a Tsukumo Lantern Decoration, and the Conch, Grovel, and Fighting Spirit Emotes. So in total, this deluxe edition includes 2 armor sets, a decoration, and 3 emotes. It’s unclear how powerful or useful the armor sets will be, but other than that it might not be worth the extra money. 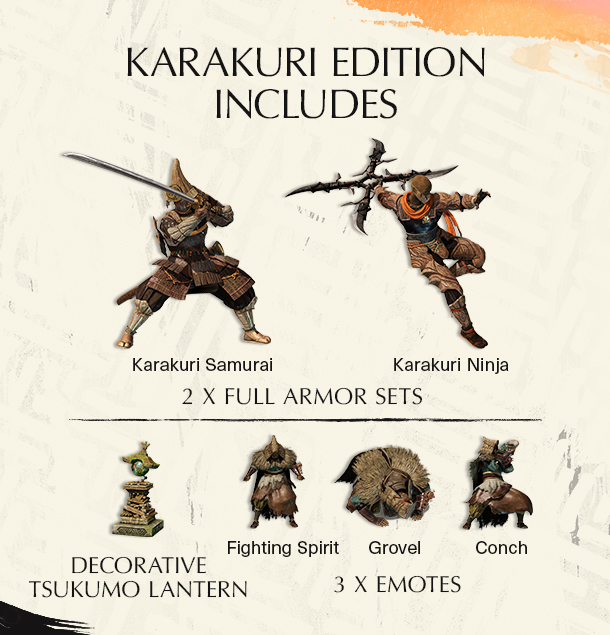 So there’s just one preorder bonus set, you can preorder almost anywhere to get it, and you can choose whichever edition you like and still get the preorder bonus.

That’s all we know about the preorder bonuses for Wild Hearts!