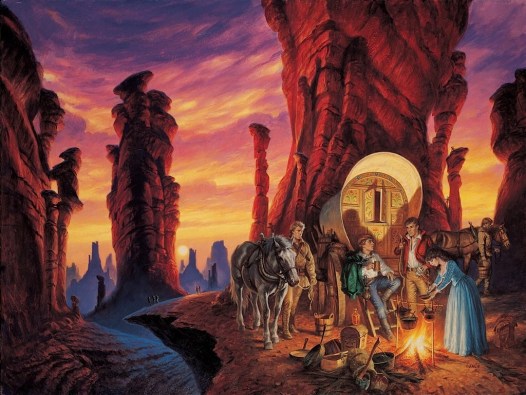 Season 2 of Amazon’s adaptation of The Wheel of Time is coming, per Variety! But you haven’t seen the first season yet? That’s because it hasn’t landed yet, as the first season of the show has only just wrapped production. Amazon, excited to have as much fantasy content as possible to hopefully create its own Game of Thrones, renewed the series today, allowing for the showrunners to start developing the second season immediately.

“The belief Amazon Studios and Sony Pictures Television have shown in The Wheel of Time has been incredible to see throughout the entire process of making this show,” said series showrunner and executive producer Rafe Judkins. “Getting a second season order before the first season has even premiered is such a vote of confidence in the work we are doing and the property itself, and we couldn’t be happier to be able to continue to live and work in the world Robert Jordan created. This property is one I’ve loved since I was a teenager, and seeing it brought to life with the resources to make it truly worthy of what’s on the page is something I can’t wait for the other fans of the books to see. And Season 2 just keeps expanding the world we built in Season 1.”

Unlike FXX’s 2015 budget TV pilot, Amazon’s Wheel of Time is going all out with a massive cast led by Rosamund Pike. The popular book series was heralded for its complex characters and storylines, and the Wheel of Time show is looking to pick that up and will now more successfully do so with a season 2 to expand its world, which features magic that can only be wielded by specific women and a prophecy of the Dragon Reborn. The series follows Pike’s Moiraine, a member of the all-female Aes Sedai, as she comes to a town called Two Rivers and begins a journey across the world alongside a group five others, one of whom is said to be the Dragon Reborn. The Dragon Reborn is prophesied to either save or destroy the world.

Amazon and Sony Pictures Television, which is co-producing the series, have put it on a pretty quick development cycle. The show was announced in 2018 and probably would have been done even sooner if not for COVID-19. The streamer wants to get major franchise content like this out the door. This is obviously not Amazon’s only stab at pulling in Game of Thrones viewers though, as the streamer is taking an even bigger shot on its billion-dollar version of Lord of the Rings, which it renewed for a second season even before production on the series began in full.