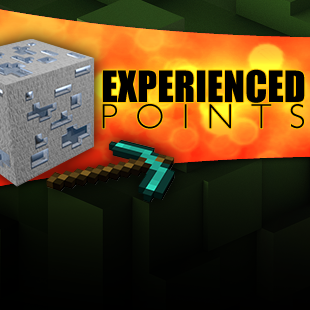 When is a game done, officially? When is a game the final and complete product? It used to be that the answer was, “When it comes out.” Now? Now things are strange.

If you’re over twenty, then you probably remember the idyllic days in the 90’s when it was borderline scandalous to have bugs in a released game on the PC. There were even journalists who refused to review patched games. They reviewed the game as it came on the disk, and if there was a patch they would either refuse to use it for the review or strongly caution readers that the game required a patch. This made sense at the time. Not everyone had internet access and even if they did, downloading multi-megabyte files on dialup was slow and tedious. Games didn’t gracefully auto-patch themselves, so sometimes it even required a bit of technical fiddling.

The attitude was that PC games ought to be like console games. They should be complete, right out of the box, with no hassles. A game was seen as a product, like a book or movie. You wouldn’t buy a book that was missing chapters and if you bought a movie that skipped or stopped playing randomly you’d probably demand a refund. It was just assumed that games ought to be the same.

The mindset of “if your game needs a patch to work, then you’re mistreating customers” gave way to “patches are okay as long as they’re ready on day one”. Eventually that gave way to “the game is a bit buggy, but it’s really improving and they should have it fully patched soon after launch”. Once we were all used to that, the new rule was, “Yeah, we’ll fix the bugs mostly, unless we like them.”

Instead of PC games shipping as complete products as on consoles, things went the other way. Now it’s pretty routine for console games to have day-one patches waiting for you when you get the thing home. Part of this was because it’s become easier to patch games. Partly it’s because games are now ridiculously complex software with a lot of moving parts. Partly it’s because we’ve shown we’re willing to put up with it.

Then Minecraft happened, and things got really strange.

Minecraft didn’t just go on sale before the bugs were fixed. It didn’t even go on sale with a few features missing. It went on sale before it was done being designed, and the gameplay was gradually shaped by community feedback. Mods popped up, and popular ideas from the modding community were folded into the core game. It was a game shaped by the ever-growing community, and it allowed Notch to accomplish things he couldn’t have done on his own. It was a new way to make games. He got feedback as the project progressed, instead of finishing it first and then hoping people liked it. It let him make the game people wanted. (Or at least, moreso than a lone designer could make on their own.)

And even after the game was supposedly “done”, the updates kept coming. They’re still coming. 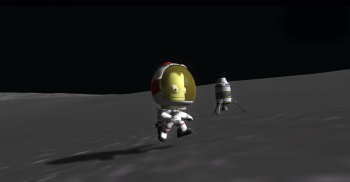 Now the line between “done” and “not done” is completely arbitrary. Kerbal Space Program is an indie game still in active development, and it’s amazingly polished and full of gameplay. Sim City was a AAA game from a publisher, and it was still broken months after its “release”. Mass Effect 3 was supposedly “done” when it came out, but then they made it “more done” when they added the Extended Cut DLC. As of this writing there are over 300 unfinished games for sale on Steam through the Early Access program, with hundreds more taking part in the Greenlight program. Some of them feel like fully playable games, and some of them are little more than a title screen and a promise.

People can’t even agree on what Early Access to a game means. Some developers offer the game for cheap because the game isn’t done and so you’re not getting a full product. Other developers increase the price during development, with the expectation that early adopters are the most hard-core fans and therefore willing to pay more for the privilege of playing the game first.

This puts the user in a difficult position. When should I buy a game? I don’t want to play all the way through a game, get to the end, and then find out a week later a bunch of new mid-game content has been added and I’ll have to play through all over again to see it. I don’t want to pass on a game now if it’s going to go up in price later. I don’t want to pay extra just to help beta-test a game, and I really don’t want to buy a half-finished game that is abandoned by the developer without ever being completed. I don’t want to invest a couple of hours into a game only to run into a dead-end because the rest of the game doesn’t exist yet.

The result is that we know less than ever before about what we’re getting when we buy a game. The line between active development and finished product has been all but obliterated.

You can say that people should research before they buy, and I agree with that in principle. But that’s not really how people shop for games. People tend to (want to) shop for games the way you shop for other entertainment: Browse around, look for something amusing, and buy it. They generally don’t want to crawl down into the forums and read a bunch of threads just to figure out what parts of a game exist and what parts are still stuck inside the designer’s head. Which means some people buy when they shouldn’t, and other people pass over a title when they don’t need to.

I don’t want to make it sound like I’m railing against Early Access games or ongoing updates. It’s not that these things are bad, it’s just that they’re different and the market is still trying to figure out how to sort the good from the bad. Right now there aren’t any standards for what a game needs to have before it’s allowed to go on sale, and everyone has a different expectation about what they can (or should) expect from a developer after release.

But in the long run? This “blurry finish line” approach to game development is probably a good thing. The Minecraft-style development cycle can be really healthy for games. Rather than picking a demographic and hiring a focus group to represent them, developers can see what audience finds their game and engage with those players to find out what they think is lacking. There’s an opportunity here to correct flaws before they become set in stone and focus efforts on the parts of the game people care about the most. We have the potential to get better games in the long run, although in the short run things are likely to be a little strange and chaotic.