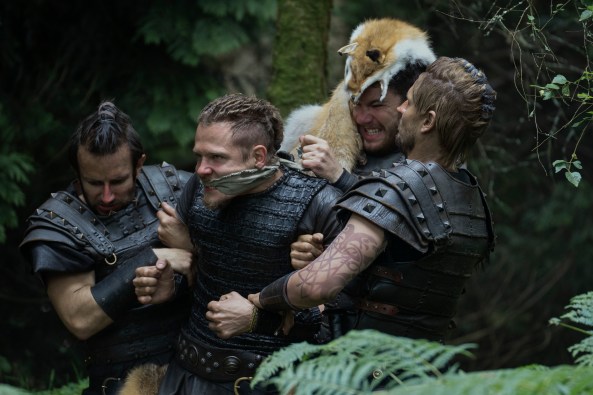 Vikings: Valhalla on Netflix, the follow-up to the TV series Vikings, takes history and dials it up to 11. But set 100 years after the original, you probably won’t be seeing any of the previous show’s cast put in an appearance. Rather, here is a full cast list for all of the actors in Vikings: Valhalla.

Many — though not all — of these characters are based on their real-life counterparts. For example, Sam Corlett plays Leif Eriksson, who in real life is believed to have reached America nearly 500 years before Christopher Columbus. As for Corlett himself, you’re most likely to recognize him as Caliban, the Prince of Hell from the Chilling Adventures of Sabrina.

Bradley Freegard, whose TV work has mostly involved Welsh-language productions, plays King Canute. If that sounds familiar it’s because, according to legend, King Canut, or Cnut (insert your own joke here), sat on the beach and commanded the waves to stop. He didn’t expect them to; rather, it was to demonstrate the limits of his power to his courtiers.

Frida Gustavsson plays Freydís Eiríksdóttir — you might also recognize her from The Witcher where she played Geralt’s mother. Jóhannes Haukur Jóhannesson, who plays Olaf Haraldsson, was seen hanging around in Game of Thrones as Lem Lemoncloak and is also Witcher-bound.

As you might have noticed, there are several Nordic actors in Vikings: Valhalla. Given that it deals with the Vikings and the English coming to blows, that’s definitely welcome — we wouldn’t want the show to be sunk by a series of terrible accents.

Despite the Vikings: Valhalla title (a reference to the Norse afterlife), it’s not going to turn out that they were dead the whole time. Though we wouldn’t advise that you get too attached to any character, just in case they end up reaching Valhalla sooner than planned.

Vikings: Valhalla is available to watch now on Netflix, and now you know who all of the actors are.

Related: Here’s the Vikings: Valhalla Season 2 Cast & Where You’ve Seen Them Before on We Got This Covered