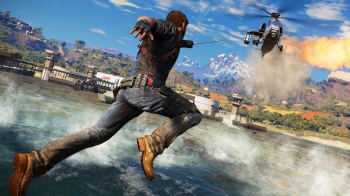 Notorious Chinese cracking forum 3DM claims that in two years, it will be all but impossible to crack video game DRM.

The DRM/piracy arms race is one that has existed since the dawn of gaming, but it may be finally coming to a close, claims notorious Chinese cracking forum 3DM. Just Cause 3, released back on December 1, remains uncracked, and has pushed the group’s top cracker to his breaking point. While he believes he will eventually be able to crack the game, he doesn’t have much hope for the future, stating that in two years, games will be all but impossible to pirate.

“Recently, many people have asked about cracks for ‘Just Cause 3‘, so here is a centralized answer to this question. The last stage is too difficult and Jun [the cracker] nearly gave up, but last Wednesday I encouraged him to continue,” wrote 3DM forum founder ‘Bird Sister’.

“I still believe that this game can be compromised. But according to current trends in the development of encryption technology, in two years time I’m afraid there will be no free games to play in the world.”

The big culprit in all of this, and the tech that crackers think will eventually become impossible (or at least, unfeasible) to break, is an new form of DRM called “Denuvo” developed by Denuvo Software Solutions GmbH. It first made headlines in the cracking world by preventing Dragon Age: Inquisition from being cracked for a full month – quite a feat considering games are usually cracked within a week of release.

FIFA 16 was released last September with a new and improved form of Denuvo DRM, and alongside Just Cause 3, remains uncracked to this day.

While nothing is completely “uncrackable”, and I’m sure Just Cause 3 will fall, if Denuvo can manage to keep games uncracked for several months following release, it will probably cause most crackers and pirates to lose interest. After all, those first months are where most sales are made.