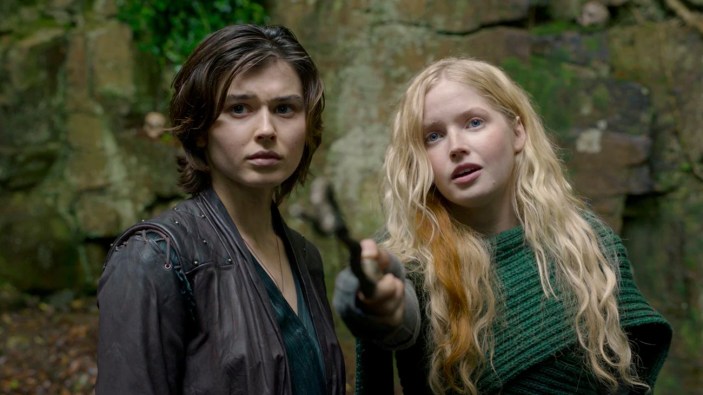 This discussion and review contains some spoilers for Willow episode 7, “Beyond the Shattered Sea,” on Disney+.

The second half of Willow suffers from a number of common problems with modern series, largely down to the tendency to think of modern streaming shows as single continuous narratives chopped into arbitrary portions rather than as a set of distinct and delineated episodes.

Willow is built as a single eight-episode narrative, with a clear structure. There are things that the writing staff clearly needs to set up and establish, a lot of framework that needs to be built. The problem with episodes like “Wildwood” and “Beyond the Shattered Sea” is that a lot of the actual mechanical work gets farmed out to episodes that aren’t especially satisfying on their own terms. These episodes are doing things that the larger series needs but that aren’t compelling to watch.

“Wildwood” arrived just after the season’s midpoint. It provided backstory for Jade (Erin Kellyman) and Boorman (Amar Chadha-Patel), the least developed of the show’s main leads. It also took time to clearly articulate and establish various character dynamics, such as the romance between Jade and Kit (Ruby Cruz) or the attraction between Graydon (Tony Revolori) and Dove (Ellie Bamber). The only problem was that there was no narrative to tie it together.

“Beyond the Shattered Sea” fares a little better, in that it is tied together by a fairly consistent set of themes and ideas. Still, the season’s penultimate episode feels largely mechanical. There are a number of pieces that need to be moved across the board, threads that need to be lined up for the big finale. The dominoes have to be carefully arranged, the core themes and character beats have to be restated, and the exposition has to be provided. It is a checklist of what the next episode needs. 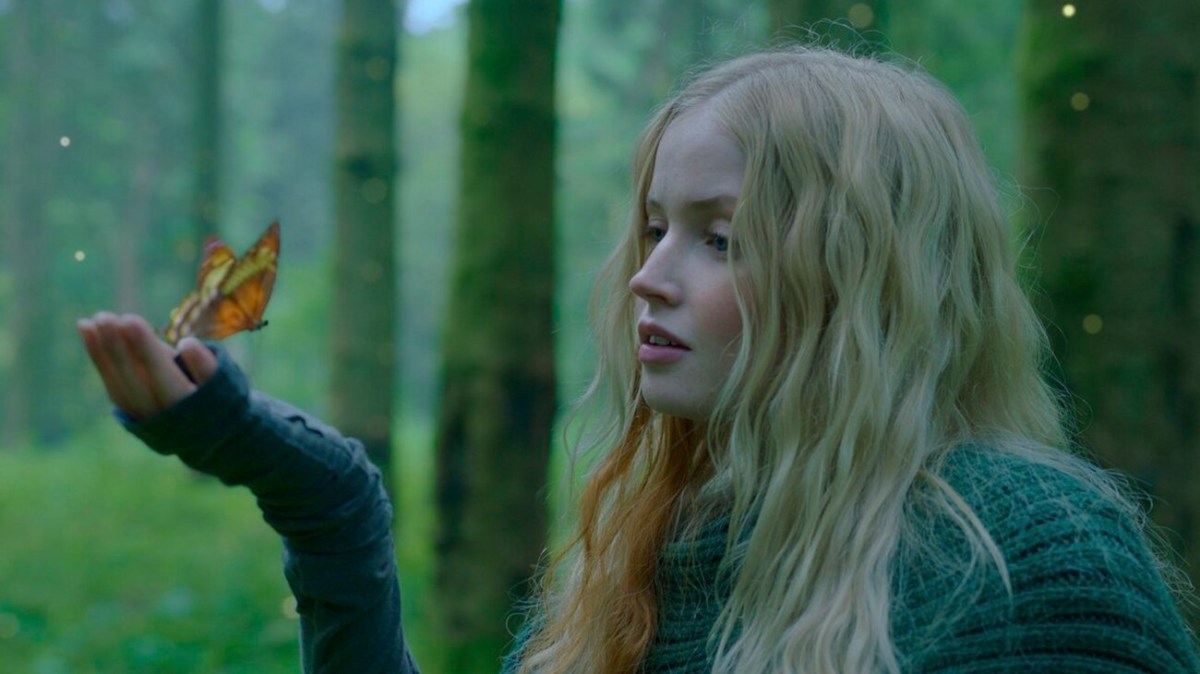 This isn’t unusual. It is a common structural element in heavily serialized shows. Indeed, it’s such a common trope — and the audience’s understanding of it is so instinctual — that a large part of the appeal of Game of Thrones came from its rejection of this structure. In many seasons of Game of Thrones, the big climactic set piece arrived in climactic episodes like “Baelor,” “Blackwater,” and “The Rains of Castamere.”

These big moments worked so well because audiences didn’t expect them at that point in the season. Whether viewers thought about it consciously or not, the expectation was always that the season finale was supposed to be the “big” episode, and so delivering those payoffs a little earlier in the season caught viewers off guard. Indeed, the fifth season goes further, moving its big set piece to the final act of the season’s antepenultimate episode, “Hardhome.”

In contrast, Willow plays the convention straight. In some senses, it reflects an issue in thinking of these narratives as eight-hour movies, because this sort of storytelling is quite common in blockbusters as well. There are plenty of movies that will pause before the climactic battle to do setup and reaffirm stakes. These sequences are usually efficient and often handled via montage. They’re necessary glue for the story and can be fun, but they aren’t the main attraction.

The problem with stretching a narrative structured like that across a season of television is that this penultimate setup often gets expanded to fill an entire episode. It is stretched too thin, and it pushes the payoff into the finale. It’s an approach that helps the larger superstructure of the season but undermines the individual episode. “Beyond the Shattered Sea” is an episode that watches much better in a binge than it does the week before the broadcast of the Willow finale. 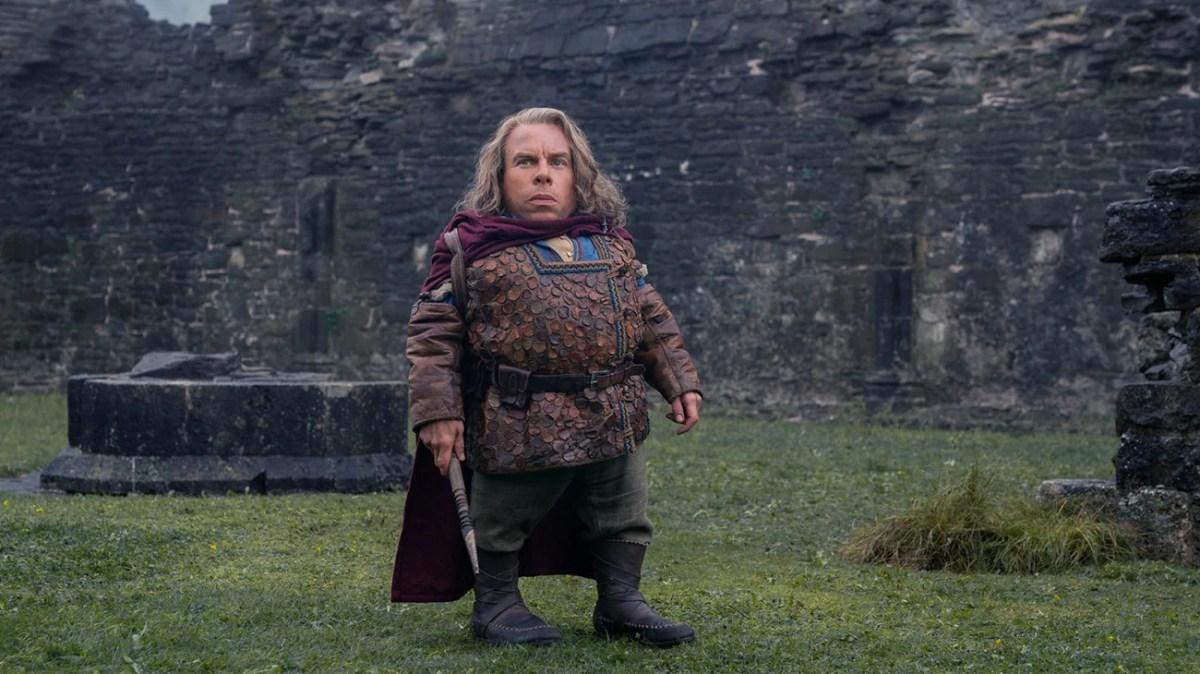 To be fair to Willow, the show is cognizant of this. Much of “Beyond the Shattered Sea” is built around a sense of frustration at the lack of progression. In many ways, the episode is about the frustration of the long journey to the show’s season finale. “There’s nothing beyond,” Zeb (Julian Glover) explains to the assembled group. “The sea goes on, forever.” It sounds like he’s ready to leave a one-star review of the episode on IMDb.

The various characters are stuck in limbo, waiting for something to happen. “This day never ends,” Arik (Dempsey Bryk) complains in the Immemorial City. Lili (Rosabell Laurenti Sellers) reassures him, “It will, eventually.” Time blurs. Rubi complains to Willow (Warwick Davis), “Been out here a long time. Weeks… months. I can’t even tell anymore.” Jade complains of their journey across the wilderness, “Has anyone else noticed the days getting longer and the nights getting shorter?”

There is a question of whether building “Beyond the Shattered Sea” around this aimlessness and frustration is clever or simply self-aware. The show is blatantly aligning the various plot threads to pay off in the finale, to the point that there are two separate conversations about whether Boorman is going to try to use the Lux, with him responding both times that the moment isn’t right. He tells Jade, “There’s a perfect moment for that, and this isn’t it.” Presumably, the moment is next week.

All that said, “Beyond the Shattered Sea” at least works better than “Wildwood” at running through the season’s checklist. While some of the studio work looks a little too artificial, a lot of the episode was shot on location at Pendine Sands. Director Jamie Childs and cinematographer Will Baldy take advantage of this. Shot at magic hour, the Shattered Sea itself looks gorgeous and magical. As with Andor, it is a reminder of the charm of using physical and practical locations. 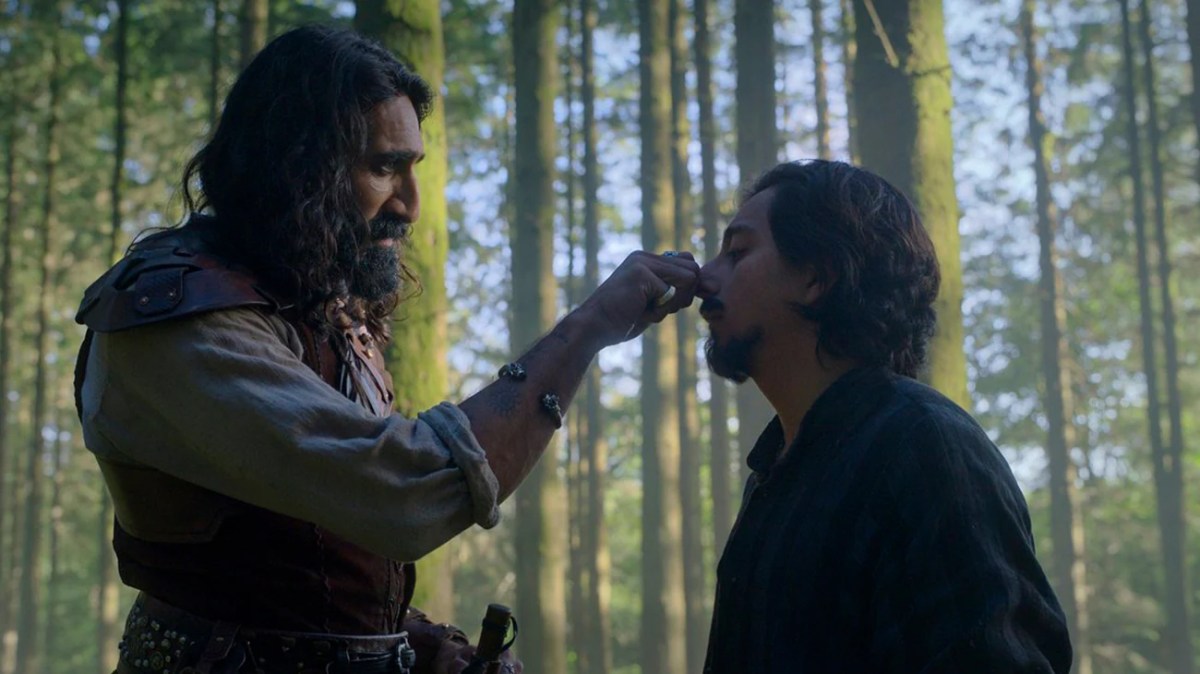 Indeed, “Beyond the Shattered Sea” arguably works best as a collection of visuals. There’s a montage in the middle of the episode that feels like it should be the bulk of the episode; characters train and prepare for the task ahead, as the camera takes in the beautiful surroundings. Much of the episode around that sequence feels frustratingly like an effort to stretch a montage across 60 minutes of television. Still, it captures a sense of majesty and wonder befitting the quest.

The inclusion of Julian Glover is also charming. Much like the Indiana Jones and Star Wars references in “Prisoners of Skellin,” Glover’s appearance reinforces the idea of Lucasfilm as something of its own fiefdom within the larger Disney machine. Although eventually revealed to be the Dag (Claudia Hughes), his initial characterization as a bumbling guardian — a lonely old knight — recalls one of Glover’s scene partners (Robert Eddison) in his final scene in Indiana Jones and the Last Crusade.

Unlike “Wildwood,” “Beyond the Shattered Sea” is tied together by a more interesting set of themes. The episode uses its position within the season to foreground its themes of idleness and emptiness. When the group first encounters Zeb, he is presented as a “Paladin of Cashmere” who has been lost so long that he has forgotten the details of his mission. “All these quests and battles and aspirants vying for the throne,” he confesses. “They sometimes just sort of all get blended together.”

“Beyond the Shattered Sea” touches on an idea suggested early in “Wildwood” but never actually developed, the classic “Island of the Lotus Eaters” from The Odyssey. It is a place where the characters get stuck, becoming unable or unwilling to move on. In his shack, Zeb offers the group some respite. He tries to entice them to stay. When they suggest buying his carriage, he demurs, “Let’s discuss after supper.” In the morning, he warns, “Rough weather coming on, best wait it out.” 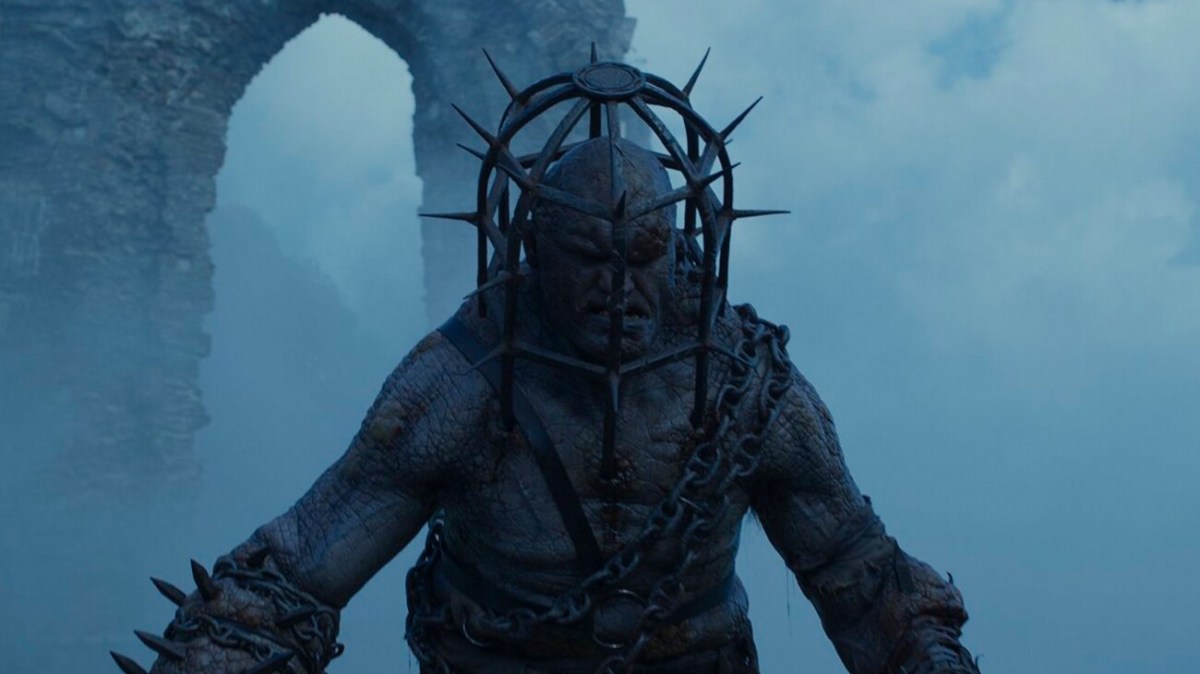 It is the archetypal “lay down your burdens” narrative, the sort of choice that any hero must face in a grand quest narrative. Arguably, it would have made more sense in “Wildwood,” but it works well enough in “Beyond the Shattered Sea.” Indeed, the episode parallels the trials that the group faces with the challenges facing Airk in the Immemorial City. What is particularly interesting about “Beyond the Shattered Sea” is how it frames this through the lens of young adult fantasy.

The show’s heroes are presented with a choice of nihilism. Zeb acknowledges that he may not be real. “Perhaps I’m a figment of your imagination, or we’re all phantoms in the dream of some vindictive god suffering from a spot of indigestion,” he theorizes. “Liberating, isn’t it?” he asks. “That it doesn’t matter. Nothing matters.” This is mirrored in Lili’s later appeal to Airk, to abandon any sense of “what is real and what isn’t; what is light, what is dark, what is good, and what is evil.”

Both Airk and the party sent to rescue him are confronted with the appealing fantasy that nothing matters, that there is no right and wrong or good and evil. In the Immemorial City, Airk drinks eagerly from a pool of strange-colored liquid and appears to develop an addiction. Given how Willow has framed itself as a show about divorce, it’s hard not to read the subtext of all this, of teens who feel failed by their parents losing themselves in various ways, both literal and metaphorical.

There’s a wealth of interesting subtext bubbling beneath the surface of “Beyond the Shattered Sea” for Willow. It’s just a shame that the episode feels more functional than fantastical. It doesn’t quite run aground, but it is also never plain sailing.