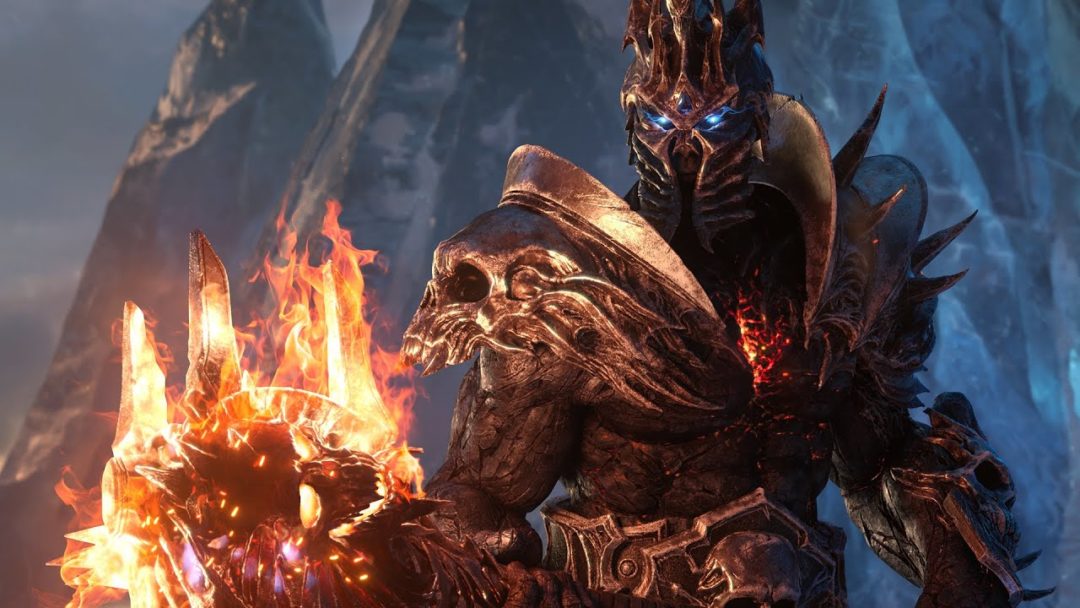 Blizzard Entertainment announced at BlizzCon that it is releasing World of Warcraft: Shadowlands in 2020.

The eighth expansion for the blockbuster MMORPG will take players to four new zones representing areas of the afterlife, which is spilling into the world of Azeroth thanks to the machinations of the Banshee Queen Sylvanas Windrunner. You can see the cinematic trailer below.

There’s a lot of lore at play in this video, so here’s some context for those who haven’t been playing Warcraft games for 20 years. The big villain of the original Warcraft games was the Lich King, a fallen paladin named Arthas with the power to make and command undead. Sylvanas used to be an elf who fought against Arthas, but he killed her and turned her into a banshee under his control.

When Arthas was defeated, a group of undead got free of his influence and regained their free will. They’re called the Forsaken, and Sylvanas was their leader. They’ve been one of the playable races since original World of Warcraft, part of the Horde that is one of the game’s two main factions.

Eventually Sylvanas became leader of the Horde, but she’s been acting increasingly evil and erratic throughout the past two expansions, including committing some pretty horrific war crimes that made a lot of Horde players upset. In the last big content update, the Alliance (the faction with the elves and dwarves) and the parts of the Horde that are just monsters on the outside teamed up to overthrow her.

Anyways, Arthas came back for the 2008 World of Warcraft expansion appropriately dubbed Wrath of the Lich King. He was finally killed in that, but the human hero Bolvar Fordragon assumed his mantle because someone needed to sit on the Frozen Throne in Icecrown Citadel and keep the undead from marauding all over the place.

Now Sylvanas apparently got the brilliant idea to chain him up and steal and destroy the crown that let him maintain control, basically setting up a WoW version of Death Stranding though probably with less pee grenades and babies in jars. Players are going to head into the afterlife to make things right by siding with one of four factions, presumably earning their trust by doing silly favors for them.

There has been a lot of buzz among WoW fans that the story would be going this way because of some datamining that showed skins for Death Knights based on recently introduced playable races. The Death Knights, who are heroes raised from the dead to serve the Lich King and thus start out much higher-level than your typical character, haven’t really gotten much love since Wrath of the Lich King, so this expansion will clearly be a big deal for them.

I just cancelled my World of Warcraft subscription because I was playing Disco Elysium, but now I need it in my veins right now. Look out for my Shadowlands review next year because I’m apparently the only person at Escapist who plays WoW.