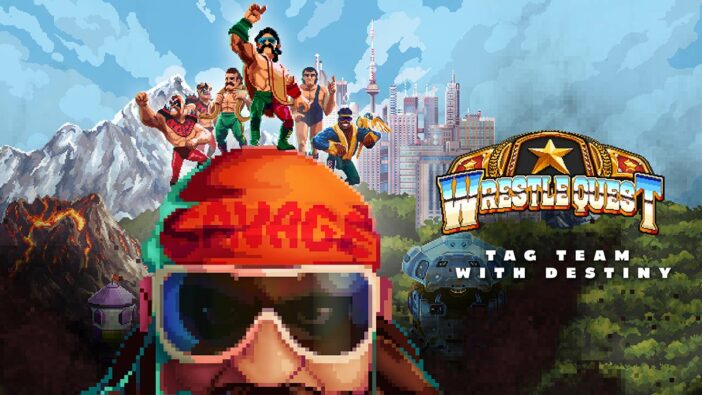 WrestleQuest is the wrestling RPG dream game no one ever expected, and it’s coming to Nintendo Switch, PlayStation 4, PlayStation 5, Xbox One, Xbox Series X | S, and PC via Steam in summer 2022 from publisher Skybound Games and developer Mega Cat Studios. The pixelated indie wrestling extravaganza was revealed during today’s [email protected] showcase, where it was highlighted among a wave of other intriguing indie games.

WrestleQuest takes pro wrestling and turns it into a turn-based video game with a story that unfolds in and outside of the ring. It’s more than a clever homage, though, as it features officially licensed appearances from fan-favorite wrestling icons of past and present, such as “Macho Man” Randy Savage, Booker T, Andre the Giant, Jake “The Snake” Roberts, Jeff Jarrett, Diamond Dallas Page, and more. Mega Cat says much of its team grew up with wrestling and is excited to capture the spirit of wrestling.

The premise of WrestleQuest is that you are a “young wrestling hopeful, on his quest to become one of the all-time greats while he powerbombs, slams, and suplexes his way to the top.” You are inspired by the Macho Man and other icons, and “our hero must immerse himself in the world of professional wrestling, which will not only test his athleticism but his will and conscience too.”

Mega Cat says that the turn-based gameplay mixes real-time action with tactical choices, and the WrestleQuest art style was inspired by both real-life wrestling and also wrestling toys fans have seen through the years. The journey will allow players to embark on side missions and explore bonus content, too.

Stay tuned for further details on this epic mash-up as the summer approaches.