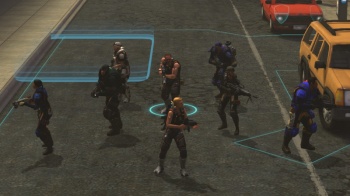 The team behind XCOM: Long War is working on Terra Invicta, a large-scale strategy game about resisting a global alien invasion.

XCOM: Enemy Unknown was great, but to some fans, Long War is the definitive alien invasion strategy experience. In case you’ve never played it, XCOM: Long War tweaks almost every element of the core game, enhancing your tactical options while making the aliens far harder to defeat. But now we might have a new contender for the alien strategy throne: Terra Invicta, an original game revealed by the rebranded “Long War Studios”.

Terra Invicta is advertised as a grand strategy game that applies Long War‘s core concept to a global battlefield. When an alien fleet arrives at the edge of our solar system, the player is tasked with uniting a fractured planet against this new enemy. Your mission is to assemble scientists, politicians, military leaders, and special operatives who can repel the invaders and eventually launch a counterattack in outer space.

Terra Invicta is still in early development, so we can’t say for certain what its gameplay will look like. That said, the game seems to place a stronger focus on large-scale unit management, rather than leading individual soldiers on the battlefield. Long War Studios is currently working on a Kickstarter campaign, at which point we’ll know more of what to expect.

Either way, between Terra Invicta and the upcoming XCOM 2, this is a great time to be a sci-fi strategy fan.

8 Games Worth Playing on Your Wii U