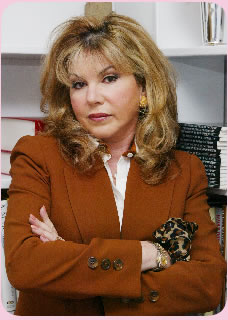 Dr. Carole Lieberman, the “media psychiatrist” who claimed on Fox News that videogames are responsible for turning people into rapists, has finally issued a statement defending her claim.

In case you somehow missed it, Dr. Carole Lieberman, a three-time Emmy award-winning “media psychiatrist,” author and expert witness for hire told Fox News last week that “the increase in rapes can be attributed in large part to the playing out of [sexual] scenes in videogames.” That’s right: videogames can turn people into rapists.

It was ludicrous, of course, not only because there is absolutely zero evidence that videogames cause sexual violence but because it flies in the face of statistics showing that the incidence of rape has actually declined significantly over the past two decades. But none of that has prevented Lieberman from standing behind her statement.

After nearly a week of waiting, Lieberman put out a statement today claiming that her response to demands for evidence was delayed because she’d filed them away on the assumption that “everyone already knew about these studies,” and hadn’t been able to get to them in a timely fashion because of her “obligations to patients and other professional commitments.” Included with the statement were links to her supporting evidence, which included the American Psychological Association’s “Resolution on Violence in Videogames and Interactive Media,” which called for a reduction of violence in videogames being marketed to children and youth; a link to another APA report called “Vulnerability to Violent Videogames: A Review and Integration of Personality Research,” which said that some personality types might have an adverse reaction to violent games but conceded that “a considerable number of studies have failed to find compelling links between VVGs [violent videogames] and aggression”; and the obligatory hysterical tale about RapeLay.

“I am sending this email to all of the reporters, editors, bloggers, gamers and others who have contacted me asking about what my opinion regarding violent video games was based upon. When I was first asked to provide studies, I did not have them on my fingertips – not because I didn’t know they existed – but because I thought that everyone already knew about these studies and I had them filed away. My obligations to patients and other professional commitments have delayed my gathering these examples of such studies, and sending them to you, until now.”

“I have worked in the area of media violence for many years. This included testifying before Congress on the issue, doing numerous media interviews, stopping the ‘Schwarzenegger rocket’ that was to have had an ad for Last Action Hero on it, being invited to contribute an essay on video game violence to Larry King’s book Beyond A Reasonable Doubt, etc. When the Columbine murders took place, there were national polls where people voted on what they believed caused the two young men to kill. Media violence ranked high on the list, so I, obviously mistakenly, assumed that people still knew about the studies showing this connection – and believed them to have proven the link.”

So the matter was settled long ago, in other words, and those of us who weren’t aware of that fact have nobody to blame but ourselves for not paying attention. It’s not exactly an overwhelming argument and the fact that RapeLay ended up in the mix speaks for itself; it goes without saying that no mention was made of dissenting studies. It’s hard to say where things will go from here – probably nowhere good – but at this point I think it’s safe to assume that we won’t be getting a Cooper Lawrence-style admission of error out of Dr. Lieberman.