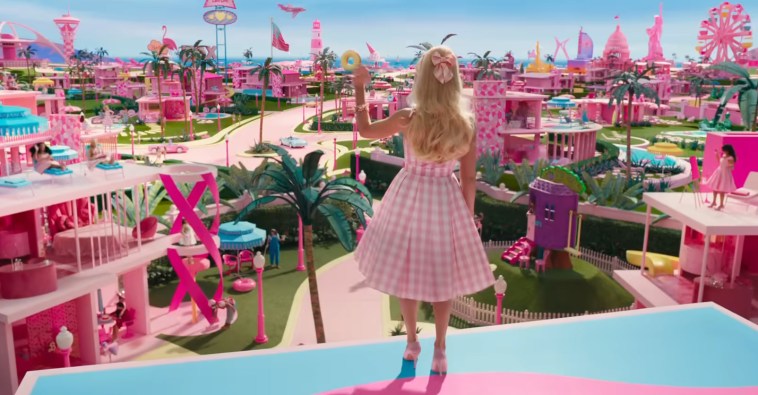 Barbie, the movie, should not be one of the most hotly anticipated films of next year. A movie based on the legendary doll feels like it should be some sort of budget, streaming children’s fare that you’ll half-sleep through while your kids watch it. That, however, is not this Barbie. This Barbie movie, which just dropped its first teaser trailer, looks absolutely fantastic.

Barbie is ludicrously written by oft-collaborators Greta Gerwig and Noah Baumbach and directed by the former. The pair is better known for creating slice-of-life comedies and off-kilter drama than anything that could possibly even come remotely close to the pink plastics of the world’s favorite doll. It stars Margot Robbie, an Oscar-nominated actress, in the lead role of Barbie herself alongside Ryan Gosling as abs-for-days Ken, and I’m pretty sure that’s Hellen Mirren narrating over the trailer. That’s all to say that this movie is going to be a bit more than a weird Barbie adventure about friendship, as the teaser trailer shows right from the start when it parodies 2001: A Space Odyssey while both commenting on the importance of the Barbie doll and planting its tongue firmly in its cheek.

Just what is a Greta Gerwig Barbie movie about? It is really not clear. The studio has been tight-lipped about the film’s plot, and the only official tagline is, “Barbie lives in Barbie Land and then a story happens” — which is kind of perfect. Judging from the trailer there may be some music in it, and there’s definitely a lot of outfits that only Barbie could pull off and a whole bunch of beautiful people, but as far as the story goes… who knows? Does Barbie know she’s a doll? Is this an alternate Barbie universe? We do know that Will Ferrell will play the CEO of Mattel, so there’s definitely something going on there.