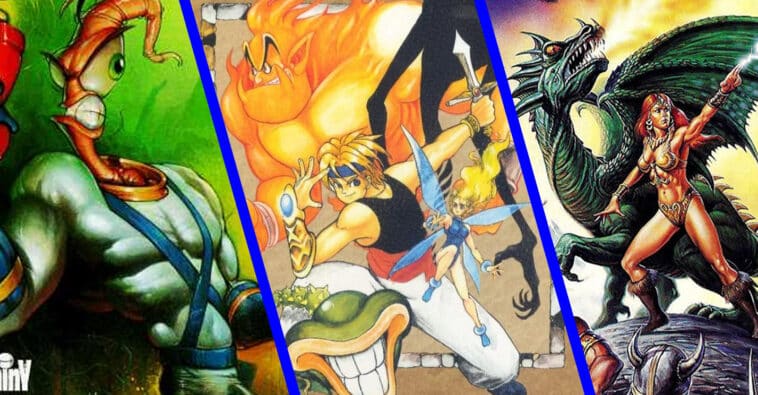 For the September 2022 update, Nintendo has announced that three new Sega Genesis games have just joined the Sega Genesis lineup as part of Nintendo Switch Online + Expansion Pack: Alisia Dragoon, Beyond Oasis (known as The Story of Thor outside North America), and Earthworm Jim. Frankly, this is a pretty stellar trio of additions.

Alisia Dragoon is a 1992 action sidescroller from Game Arts in collaboration with Gainax. The titular heroine uses lock-on lightning powers and pet monsters to vanquish enemies and destroy the forces that killed her father. Meanwhile, Beyond Oasis has always been somewhat accurately described as Sega’s answer to The Legend of Zelda, developed by Yuzo Koshiro’s Ancient as a top-down action adventure game with large, attractive sprites. Prince Ali goes on a quest to collect elemental spirits and expel the evil threatening the land. And lastly, Earthworm Jim is a 1994 action platformer from Shiny Entertainment acclaimed for its sense of humor and terrific animation. Protagonist Jim is an earthworm that gains special powers after obtaining a super suit, which actually creates more problems than solutions for him.

Alisia Dragoon, Beyond Oasis, and Earthworm Jim are all a boon to the Sega Genesis lineup in Nintendo Switch Online + Expansion Pack. The last Genesis lineup update from June was similarly excellent, featuring Mega Man: The Wily Wars, Comix Zone, Zero Wing, and Target Earth. (Although, it’s always worth reminding readers that Sega Genesis Classics exists on most platforms, which often goes on sale and includes games like Beyond Oasis and Comix Zone.)

Meanwhile, the Mario Party games, the Pokémon Stadium games, and more are joining the Nintendo 64 portion of Expansion Pack in the near future, most prominently including an online-enabled GoldenEye 007.