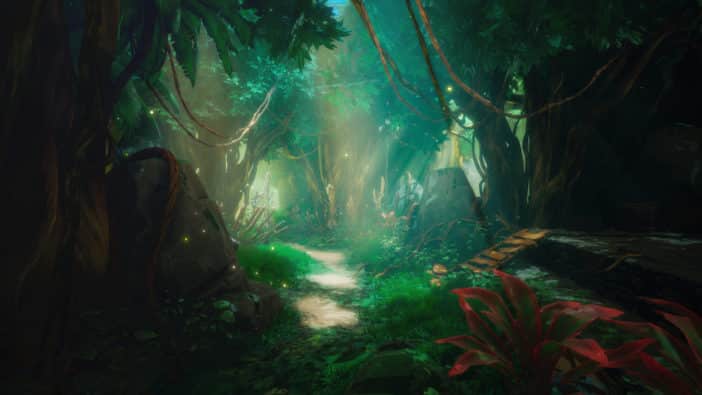 Call of the Sea is a magical puzzle game that puts players in an otherworldly, 1930s section of the South Pacific. Publisher Raw Fury announced the first-person adventure game during today’s Inside Xbox stream, revealing that the game will come from developer Out of the Blue. Here is the announcement trailer.

The Call of the Sea debut trailer displays the power of the Xbox Series X when focused on a game with a more cartoonish art style, and the results are enticing. The game’s beautiful yet foreboding world will see players put in the shoes of Norah (played by Firewatch and The Walking Dead: Season 1’s Cissy Jones) as she searches for her missing husband’s expedition. Secrets lurk around every corner as players explore the Lovecraftian, story-driven game’s lost ruins and forgotten landmarks. Out of the Blue and Raw Fury promise plenty of surprises as Call of the Sea’s investigation aspect unfolds.

Call of the Sea comes to Xbox Series X, Xbox One, and PC in late 2020. The game will also be available on Xbox Game Pass on day one and supports Microsoft’s Smart Delivery feature.

Other games, such as Yakuza: Like a Dragon and Scarlet Nexus, were also revealed during the Inside Xbox May 2020 event.