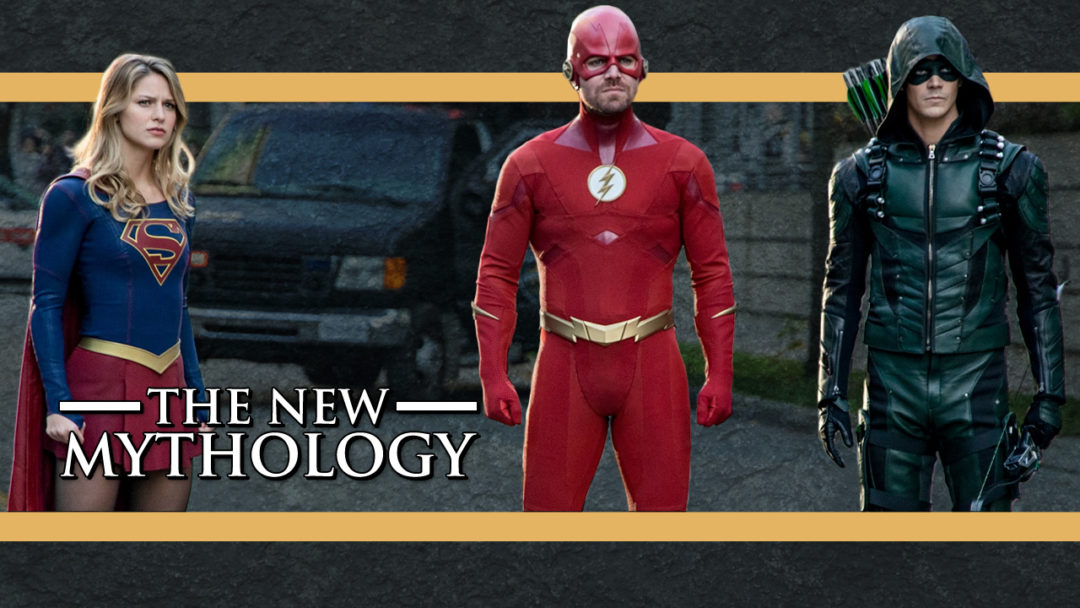 This fall, the CW is undertaking a crossover event beyond anything ever attempted on television. For an adaptation of the classic DC Comics event Crisis on Infinite Earths, the Arrowverse is bringing together its lineup of superhero shows — Arrow, The Flash, Legends of Tomorrow, Supergirl, and newcomer Batwoman.

But the writers aren’t stopping there. They’re bringing in an alternate-universe version of an elderly Bruce Wayne played by Batman: The Animated Series star Kevin Conroy. Legends of Tomorrow cast member Brandon Routh starred in 2006’s Superman Returns, and he’s donning the blue tights once again to play the tortured older Superman of Kingdom Come. Black Lightning, once a separate entity from the Arrowverse, is getting sucked in. Even Burt Ward, who played Robin alongside Adam West in the 1960s Batman show, is coming along for the ride.

Smallville’s Tom Welling and Erica Durance will also be reprising their versions of Clark Kent and Lois Lane for the TV event, bringing the show that was part of the CW’s earliest days into the network’s multiverse. This isn’t the first time the Arrowverse has done this. When NBC’s show Constantine, based on DC Comics’ Hellblazer series, was canceled in 2015, Matt Ryan continued performing as the namesake trenchcoat-clad paranormal investigator on Arrow and Legends of Tomorrow. 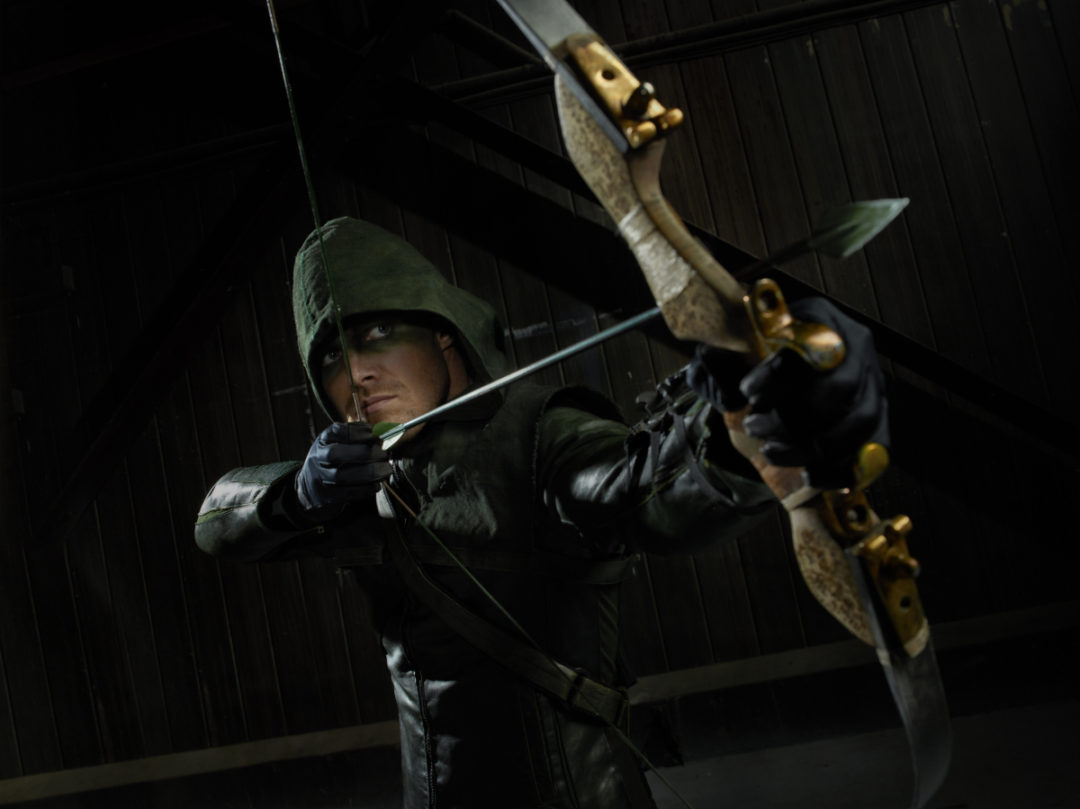 When Arrow first shot out of the metaphorical quiver into the eyes of viewers in 2012, it stood alone, the only live-action superhero drama on television. Smallville, the show most directly responsible for Arrow’s development, had wrapped up an impressive decade-long run the previous year, but Arrow’s writers opted not to connect it to its predecessor. This show would be a fresh start, free of comic book continuity and clutter.

Christopher Nolan had wrapped up the Christian Bale-helmed Dark Knight trilogy just a few months before Arrow premiered, and the show’s writers took more early inspiration from those films than the Superman soap opera Smallville. The first episodes were dark and gritty, with Stephen Amell’s Oliver Queen frequently growling, “You have failed this city,” before killing a bad guy by shooting him in the chest. Unlike Justin Hartley’s sunny version of the character on Smallville, this Green Arrow didn’t play by the rules or even go by that name — in the first season he was known only as “The Hood,” a name given to him by the police.

Had the show stuck to that mold, I don’t think we’d be seeing seven current shows crossing over this fall while also swallowing up other interpretations of DC superheroes from years past. The first season of Arrow is limited. It’s serviceable and much better than anyone was expecting it to be, but it had heavy constraints on the sort of stories it could tell. It was a grounded, realistic show about vigilante justice that leaned heavily on corrupt politicians, mafia goons, and street toughs. 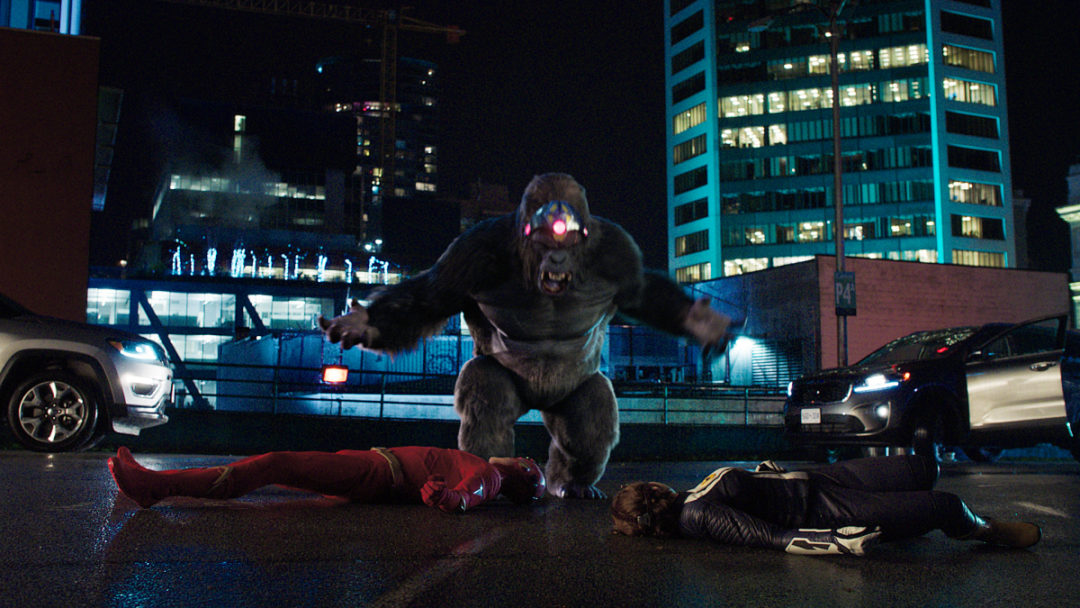 Enter Barry Allen. With a bolt of lightning, The Flash spun off from Arrow while also expanding the types of stories that the new Arrowverse could tell. Suddenly Oliver Queen found himself fighting people with superpowers, dubbed metahumans, which changed the stakes, gave the writers more freedom, and helped cement Green Arrow’s place as the Batman of this televised universe. He’s capable of taking out far more powerful bad guys through a combination of preparedness, training, and experience.

It also let the Arrowverse go in new, sillier directions. While Arrow continued to tell grimmer, relatively grounded stories, viewers could tune in later in the week to see the Flash fighting rampaging shark-men and sneering Prison Break cast reunions. As these shows expanded their stories and rosters, one thing remained clear — every time the writers tried to go to ground and tell darker, more serious stories, they fell flat. Every time they reached for the heights of comic book absurdity, the shows soared.

When an episode of Arrow ends with teammates bitterly wondering whether they can trust one another, the audience cringes. When an episode ends with an army of Deathstroke-masked super soldiers rampaging across the city, fists are pumping. When Barry Allen is allowed to be a sunny, well-adjusted superhero fighting science weirdos all across the multiverse, there’s no better popcorn fodder. When he’s darkly ruminating on whether he can move fast enough to save the people he cares about, again and again and again, we start to wonder when we’re going to get to the fireworks factory.

The true crown jewels of the Arrowverse came even later. First was Supergirl, who Melissa Benoist generally plays as a ray of sentient sunshine and feels like a damning indictment of the jaw-clenching, neck-breaking iteration of Superman Henry Cavill was playing on the big screen. But best of all is Legends of Tomorrow, a show that seemed like a terrible idea for almost the entirety of its first season but became something sublime. 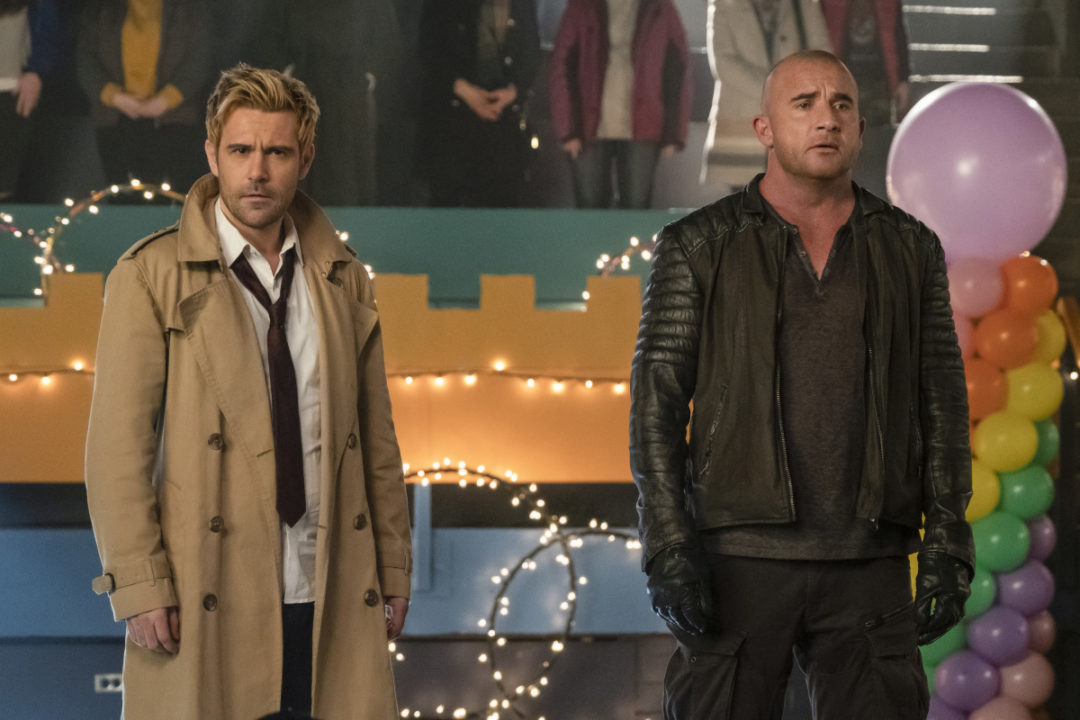 Legends took the cast-off B-listers and mid-level villains from The Flash and Arrow and threw them all together on a time travel show that — per usual — started off serious and dour before embracing the inherent craziness of its concept. Soon, the Legends were saving a young Barack Obama from a time-traveling psychic gorilla, preventing Leif Erikson from worshiping a knockoff Tickle Me Elmo (and thus also saving Christmas), and generally making winking pop culture references up and down the timeline. Within the confines of these ridiculous, operatic highs, Legends is able to make some of the most emotionally affecting episodes of television in the Arrowverse. Saving a team member’s life through the power of song should not be a tearjerker, but it is.

The greatest thing of all that’s resulted from this shared television universe is its crossover episodes. Where the DC Extended Universe’s attempt at a Justice League felt forced and disappointing, the members of the DC television universe team up once a year to fight interdimensional Nazis and other folks who need a solid face-punching.

Embracing superhero storytelling allows the DC TV universe to thrive where other attempts at the genre fail. Many creators have come in with the “This ain’t your father’s superhero story,” line only to botch the attempt (cough-cough-Heroes-cough) by either misunderstanding what makes these stories appealing or making a rookie mistake that could have been avoided if they’d done research.

This year, the CW introduced a new entrant, Batwoman, which so far seems to be following the standard playbook of starting off very dour and Nolan-inspired, going so far as to mimic the Dark Knight’s notable Chicago establishing shots for building exteriors. It could be loosely interpreted as a sequel to his movies. But if history is any indication, this new Caped Crusader will lighten up once a few crossovers have allowed the other heroes to rub off on her. Given that a Superman & Lois show is in development, with Supergirl’s Tyler Hoechlin playing the title hero, it probably won’t take them very long.