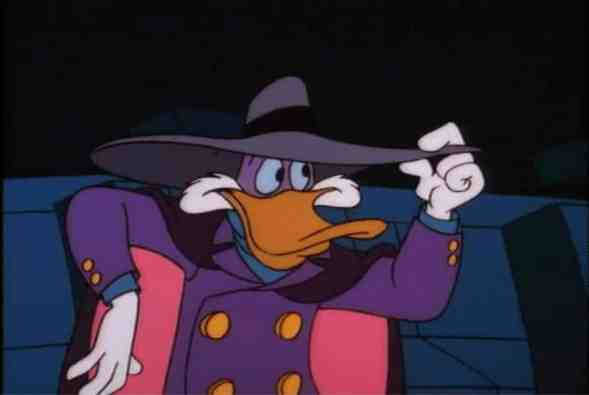 Darkwing Duck may return in the form of a Disney+ reboot, according to Variety. The site’s sources say that the show is in its early stages, with Seth Rogen, Evan Goldberg, James Weaver, and Alex McAtee of Point Grey Pictures all attached to serve as executive producers on the DuckTales side story. McAtee will also oversee the project, which is currently without a writer.

The original Darkwing Duck cartoon started in the early ‘90s as somewhat of a spinoff of Disney’s more joke-focused DuckTales. The show featured a superhero duck of the same name and his sidekick, Launchpad McQuack. The Disney series drew in fans looking for action cartoons, though it did still have comedic elements. If Point Grey Pictures moves forward with the show, it will be the hero’s first full television series return in nearly 30 years.

The original DuckTales, which premiered in 1987, got its own reboot treatment in 2017 on Disney XD. Since its launch, both Darkwing Duck and Launchpad McQuack have made appearances on the show in some form, signaling to fans that Darkwing Duck was never really gone.

Disney+ debuted last year as the mega company’s take on content streaming services. The platform began with shows such as The Mandalorian, which is currently in its second season, but also houses almost every movie and series in Disney’s catalog. Darkwing Duck is far from the only superhero spinoff offering on Disney+, as the company recently revealed plans to premiere its anticipated WandaVision limited series in January 2021.