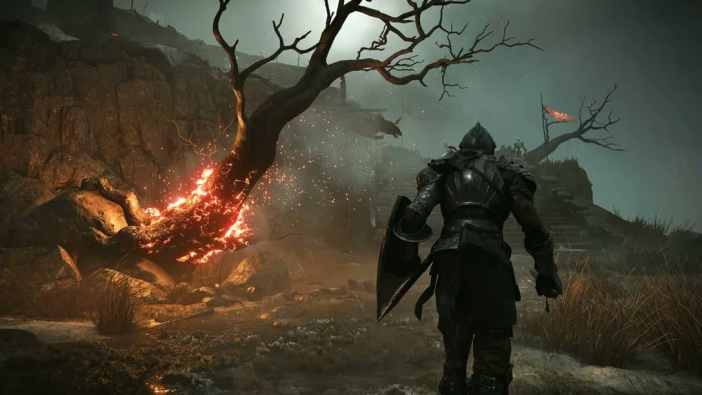 Update: Sony has clarified that Bluepoint Games’ Demon’s Souls trailer stated in error that the game would come to PC. It is a PlayStation 5 exclusive and will not come to PC.

During today’s PlayStation 5 showcase, Sony showed gameplay of Bluepoint Games’ Demon’s Souls, a remake of the classic PlayStation 3 game. The game itself looks graphically impressive and seems to be running at a stable frame rate. The game will be a launch title for PlayStation 5. Despite the fact that the official trailer shows a logo of PlayStation Studios, Demon’s Souls is also apparently coming to PC and maybe even other consoles.

At the end of the trailer, it states, “Not available on other consoles for a limited time. Also available on PC.” It looks like PlayStation took down the trailer perhaps due to confusion or a mistake, so here is another upload of it:

This hints that Demon’s Souls could also release on other platforms such as Xbox or Stadia after some sort of exclusivity period is up. It’s a peculiar situation though, as it is being published by SIE Japan Studio. Developer Bluepoint has handled other remakes of PlayStation games as well, such as Shadow of the Colossus.

Sony also made several new announcements today as well, including Final Fantasy XVI, Hogwarts Legacy, a God of War sequel, and the pricing of PlayStation 5.