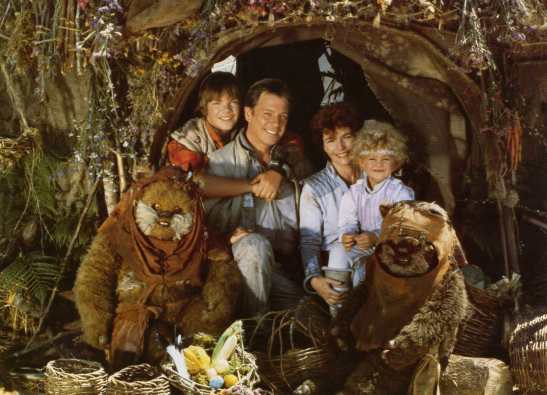 After more than 40 years and thousands of illicit uploads to the internet, the Star Wars Holiday Special (no, not the Lego one) will finally be released on an official platform… partially. Disney has announced that on April 2, a day after it would make this a cruel April Fools’ joke, it will be bringing the animated short The Story of the Faithful Wookiee, which was part of the original Holiday Special, to Disney+. Plus, to make up for only giving us part of the whole, the streamer has also announced that it’ll be dropping both Ewok films and Genndy Tartakovsky’s animated Star Wars: Clone Wars series, which came out before the CGI animated series.

That’s a lot of deep-cut Star Wars content coming to Disney+ that fans have been clamoring for. Well, at least Tartakovsky’s Clone Wars has been in high demand. The series of animated shorts is cherished by the fan base and hasn’t been available on streaming for a while. The two Ewok movies, Caravan of Courage: An Ewok Adventure and its sequel Ewoks: The Battle of Endor, on the other hand, are more notorious than beloved. And the spin-off cartoon, Star Wars: Ewoks, is best left in 1985 when it premiered. Still, it shows somewhat of a commitment by Disney to provide the entire Star Wars catalog to subscribers of Disney+.

The Story of the Faithful Wookiee is notable as the first appearance of Boba Fett, and for a long time, it was pretty much the longest continuous screen time the character received. That, of course, changed with The Mandalorian where we finally got to see the bounty hunter actually kick some ass. The animation is also one of the few parts of the Star Wars Holiday Special already made legally available as it appeared as a special feature on some Star Wars Blu-rays. In fact, it’s the only bit of the show that’s made it out of the Star Wars vault and most likely will be the only version. The special is hated by George Lucas and Disney has shown no signs of going back on his desire to keep it from the public eye.