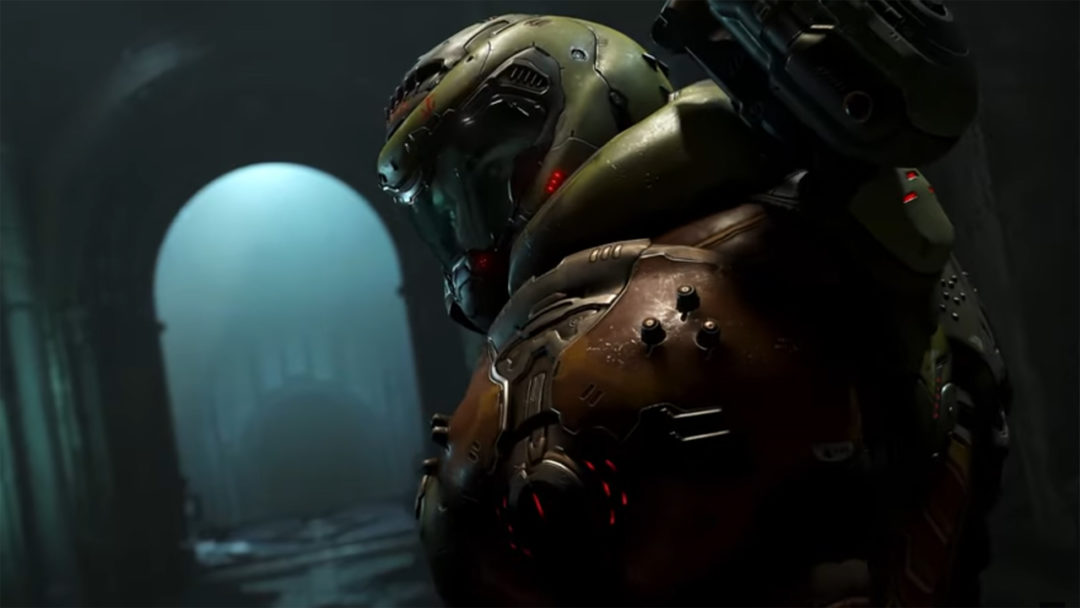 Appropriately for a series all about taking everything completely over the top, Doom just keeps on topping itself. The 1993 original didn’t invent the first person shooter genre, but it baptized it in blood, rocketing the genre to a cultural omnipresence that has lasted to this day. The following year’s Doom II took everything that made the original great and added biomechanical brain spiders, and 2004’s Doom 3 was a genuine technical marvel, even if it wasn’t as much of a bona fide phenomenon as its predecessors. The impossibly high upward trajectory of the series somehow continued with 2016’s lean, mean Doom, an experience so brutal and no-bullshit that it didn’t even bother with numerals or subtitles. Now, if Yahtzee Croshaw is to be believed, Doom has done it again. Is there any ceiling on this thing?

“More traversal options including climbing, pole swinging, dashes and grappling hooks add new depth to both exploration and combat without reducing any of what 2016’s Doom did so well,” Croshaw crowed, gushing about the game from the E3 2019 show floor. “The monster design and glory kills are improved with more impact. Huge, crazy outdoor scenery. I’m keen for more.” That’s a hell — cough — of an impression for a 15 minute demo to impart.

Not all was well at Bethesda’s booth, however. Doom may have codified the first person shooter, but Wolfenstein invented it, and the latest entry in the Nazi-killing adventures of B.J. Blazkowicz didn’t leave Croshaw nearly as satisfied. “Wolfenstein: Youngblood I played for about 40 minutes, and I was pretty bored of it by the end.”

Among Croshaw’s gripes were overly long cutscenes (who puts cutscenes in an E3 demo?) and the inelegant insertion of a multiplayer mode into what has historically been a story-driven, single-player series. “I can’t say co-op has improved the Wolfenstein: The New Order gameplay any,” he specified, “as is often the case when co-op is suddenly crowbarred into a solid single-player experience.”

Reflecting a bit, he came up with another hypothesis: “Maybe I’m just bitter because it meant I could only get 15 minutes with Doom Eternal.” Rip and tear, Yahtz.

Wolfenstein: Youngblood comes out July 26, and Doom Eternal on November 22. Both titles are coming to PlayStation 4, Xbox One, Switch, PC, and Stadia.