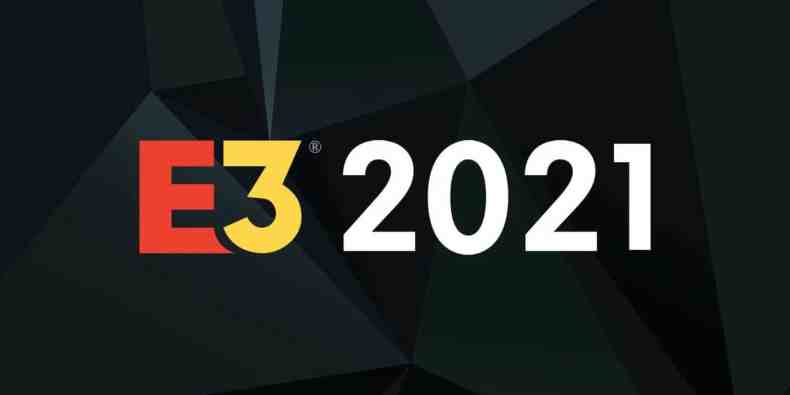 E3 2021 is upon us, and that’s immensely exciting. The spotlight is almost certainly going to be shining brightly on some of the biggest upcoming games like Halo Infinite, Starfield, Far Cry 6, and Nintendo’s follow-up to The Legend of Zelda: Breath of the Wild, and that just scratches the surface of what we’ll be seeing from June 10-15 amid the E3 2021 schedule.

But with that excitement comes its own confusion. E3 2020 was canceled due to the pandemic, and instead we had a series of events that stretched across the entirety of last summer. Thankfully, E3 2021 has been condensed into a five-day window, which includes some major first-party showcases, dedicated indie events, and various streams from publishers like Capcom, 2K Games, and Square Enix. With all that said, you still probably have a lot of questions regarding how the digital event is going to play out. And that’s where we come in!

Throughout the week, we here at The Escapist are going to be holding livestreams surrounding each of the biggest showcases, from the first joint conference of Microsoft and Bethesda, to Nintendo’s highly anticipated E3 Direct. A handful of Escapist writers, editors, and hosts will be going live on YouTube and Twitch 30 minutes prior to the start of each event with recaps and predictions, followed by a watch-along of the events themselves with the audience, and then capping it off with a post-show where we’ll break down all of the big announcements, trailers, and gameplay reveals.

E3 2021 Schedule and The Escapist Preshows

The E3-related festivities begin two days prior to the actual show itself, with the Summer Game Fest Kickoff. Organized by The Game Awards’ Geoff Keighley, the show promises plenty of world premieres, a Day of the Devs indie showcase, and performances by artists like Weezer and Japanese Breakfast, who is composing music for the upcoming indie game Sable.

Given that the Summer Game Fest Kickoff isn’t beholden to any one publisher, expect a wide array of announcements ranging from radical indies to massive AAA spectacles. Rumors are swirling that we might get a new look at FromSoftware’s Elden Ring, an update on some PlayStation projects, and even an appearance by Keighley’s pal Hideo Kojima. And given the caliber of reveals we’ve seen at The Game Awards in the past, our expectations are high for this one.

Koch Media has slowly become one of the most fascinating companies in video games today. A subsidiary of Embracer Group alongside the likes of Gearbox and THQ Nordic, Koch is best known for its own Deep Silver division, which includes the developers of games like Saints Row, Dead Island, Metro, and TimeSplitters. However, Deep Silver got its message out ahead of the event by confirming that none of its games or studios would be shown at Koch Primetime or any other E3 2021 event. That leaves us wondering exactly what it is that Koch will be showing off during its own showcase on June 11. Perhaps new studio acquisitions, or even the formation of some new indie label similar to how Take-Two created Private Division as its own indie publishing arm?

Ubisoft generally makes a big splash at E3, and things seems to be no different for the 2021 schedule. It’s already announced that its event will feature updates on Far Cry 6, the soon-to-be-renamed Rainbow Six Quarantine, Riders Republic, and upcoming Assassin’s Creed Valhalla expansions. These will come alongside looks at Ubisoft Film & Television projects, like Apple TV+’s Mythic Quest and the upcoming Werewolves Within movie.

In terms of surprises, there’s the possibility that we see more from the Prince of Persia: The Sands of Time Remake, Skull and Bones, Beyond Good and Evil 2, or Massive’s pair of ambitious projects in the Avatar and Star Wars games that the studio is working on. And of course, no Ubisoft E3 would be complete without us hoping for a new Splinter Cell, or perhaps a sequel to Mario + Rabbids Kingdom Battle for Nintendo Switch.

Perhaps the most anticipated gaming event of the summer is the joint showcase of Xbox and Bethesda. With this being the first E3 since Microsoft acquired ZeniMax, the parent company of Bethesda, we’re all eager to see what this new gaming Voltron has in the works.

As far as locks go, we’re certainly going to see a lot from both Halo Infinite as well as Bethesda’s Starfield. Halo has a lot to prove since it was delayed from the launch of the Xbox Series X after a rough opening gameplay reveal. And given that this November will be the 20th anniversary of both the original Xbox, as well as Halo: Combat Evolved, now’s the perfect time to show off how Master Chief has grown. Likewise, the long-awaited Starfield has gained so much hype over the past few years, despite giving us literally nothing but a short teaser trailer three years ago at E3 2018. It’ll be great to see what the next big RPG from the folks behind The Elder Scrolls and Fallout looks like.

But with the showcase running 90 minutes, there’s likely to be much more than just those two massive tent poles. Psychonauts 2 seems to be nearing the finish line, Microsoft Flight Simulator is coming to Xbox Series X soon, and all signs point to a Forza Horizon 5 reveal with a fall release date. Perhaps we’ll see some updates from the likes of Avowed, Fable, Perfect Dark, Hellblade 2, Everwild, State of Decay 3, and the Indiana Jones game, as well as news on what studios like The Coalition, Compulsion, and Arkane are working on. Couple this with news on xCloud, additions to Game Pass, and new third-party partnerships, and it stands to be a major moment for Xbox.

Square Enix is one of many third-party publishers showing off games during E3. Its event is confirmed to include updates on Babylon’s Fall from PlatinumGames, Life is Strange: True Colors, and the Black Panther-centric War for Wakanda expansion to Marvel’s Avengers. Alongside these will be the reveal of a new project from developer Eidos Montreal, which has been rumored to be a Guardians of the Galaxy game.

One interesting note about this showcase is that, aside from Babylon’s Fall, there were no mentions of any other Japanese-developed games. These include Final Fantasy VII Remake Part 2, Final Fantasy XVI, Forspoken, or anything Kingdom Hearts-related. Square Enix could be playing its cards close to the vest; perhaps the games will show up at other showcases throughout the week, or maybe we’ll be seeing them later on in 2021.

Nintendo will be capping the final day of the E3 schedule with a Nintendo Direct “focused on roughly 40 minutes of info focused exclusively on Nintendo Switch software, mostly releasing in 2021.” There’s a lot to unpack in that sentence. The software comment leads us to believe that the heavily rumored Switch Pro hardware update won’t be at E3. Whether we see that before the show or sometime later on in the summer remains to be seen. And the next bit about it being games mostly being released in 2021 is good news for folks who are worried that this fall will be looking a bit light following the past year and a half of development disruption from the pandemic. Of course, Nintendo is always one to also show off a few games that are further on the horizon, like Splatoon 3.

We’re almost assured to get an update on the follow-up to Breath of the Wild, as well as other plans Nintendo might have for Zelda’s 35th anniversary. And the cat’s pretty much out of the bag regarding Atlus showing off Shin Megami Tensei V, which might be hitting Switch this November. Alongside this are big question marks surrounding already announced games like Bayonetta 3 and Metroid Prime 4, the rumored Metroid Prime trilogy, and whatever might be coming up in franchises like Mario and particularly Donkey Kong. And perhaps the long-awaited reveal of an expanded Nintendo Switch Online library that includes Nintendo 64 games. All of this, coupled with the one-two-punch of Pokémon Brilliant Diamond and Shining Pearl and Legends: Arceus points to a massive E3 showing from Nintendo.

Oh, and Mother 3. It’s not E3 unless I’m disappointed in the absence of Mother 3.

This is just a small taste of what The Escapist has in store amid the E3 2021 schedule. So come hang out during our pre-shows on YouTube and Twitch, watch the big showcases alongside us, and catch our full breakdowns of all the biggest news, demos, and reveals throughout the entire week.