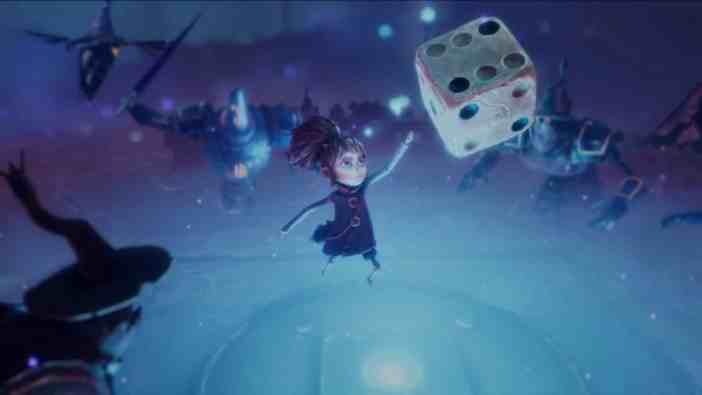 At EA Play Live 2020, Electronic Arts revealed a new game under its EA Originals banner called Lost in Random. The game is developed by Zoink, the studio behind Fe and Ghost Giant. Zoink CEO and Game Director Klaus Lyngeled and Game Director Olov Redmalm appeared to discuss the title.

Lost in Random follows a young girl named Even in the kingdom of Random. True to its name, randomness is a dark force that its inhabitants fear. The game tells a coming-of-age story about the desire to control the chaos and randomness around us.

Even meets a creature named Dicey, who is, aptly, dice-shaped. Through her adventures with Dicey, instead of controlling the randomness of the world, she will learn how to take it and use it to her advantage and see how far it takes her.

The game’s message centers around taking chances. A single roll of the die can change fate, so will the player play it safe or take a risk? While the game is still quite a bit off from launch, Zoink provided the above trailer. Lost in Random‘s art style is inspired by Gothic imagery, almost like there is a Tim Burton-esque feel to it.

Lost in Random will release next year on PlayStation 4, Xbox One, Nintendo Switch, and PC via Origin and Steam.