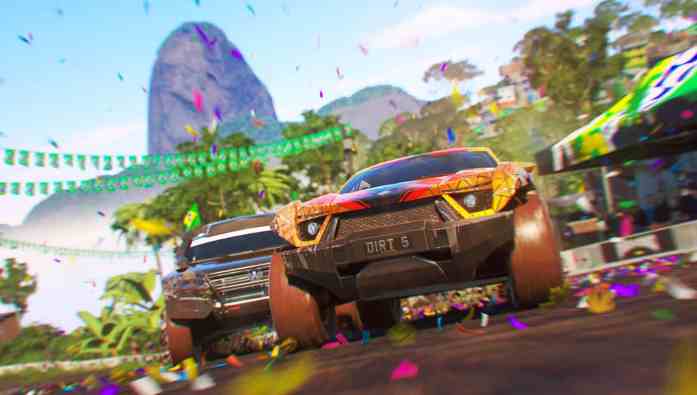 In a last-minute surprise switch-up, EA has outbid Take-Two Interactive to acquire DiRT and Project CARS developer Codemasters. The publisher of Battlefield and FIFA, EA announced its purchase of the UK-based driving game studio via statement on its website. EA says its investment that amounts to an implied value of $1.2 billion is anticipated to be finalized in the first quarter of 2021.

“Electronic Arts and Codemasters have a shared ambition to lead the video game racing category,” Codemasters chairman Gerhard Florin said. “The Board of Codemasters firmly believes the company would benefit from EA’s knowledge, resources and extensive global scale – both overall and specifically within the racing sector. We feel this union would provide an exciting and prosperous future for Codemasters, allowing our teams to create, launch and service bigger and better games to an extremely passionate audience.”

EA’s statement continued, explaining this purchase will allow the publisher’s own Need for Speed developers to work together with the talent at Codemasters. The acquisition will also encourage further innovation and “meaningfully increase the delivery of content and experiences to a growing, global audience for racing entertainment.”

EA is seeking to push itself into a more dominant position in the racing space, and acquiring Codemasters is the first step in doing that. EA CEO Andrew Wilson provided the following statement:

Our industry is growing, the racing category is growing, and together we will be positioned to lead in a new era of racing entertainment. We have admired Codemasters’ creative talent and high-quality games for many years. With the full leverage of EA’s technology, platform expertise, and global reach, this combination will allow us to grow our existing franchises and deliver more industry-defining racing experiences to a global fan base.

In November, we learned that 2K and Rockstar Games parent company Take-Two was seeking to purchase Codemasters with a bid of $973.8 million. Without EA’s sudden intervention, Take-Two would have likely been successful in its attempt to acquire the racing studio.

Codemasters most recently launched DiRT 5 for PC, PlayStation 4, PlayStation 5, Xbox One, and Xbox Series X | S. Before that, the developer released F1 2020 in July of this year.