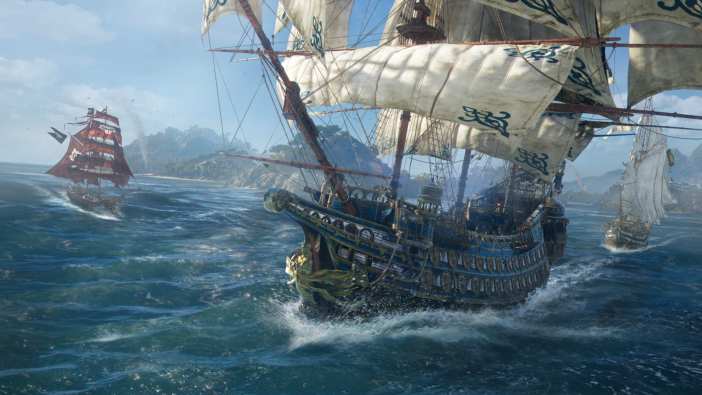 Today was full of interesting video game news like the announcement (of an announcement) of IO Interactive’s next project, the reveal of The Game Awards 2020 nominees, new free ships coming to Star Wars: Squadrons, yet another leadership shakeup at Ubisoft — this time in relation to Skull & Bones, and more. Here’s the video game news you might’ve missed on Nov. 18, 2020.

Today, Geoff Keighley announced the nominees for The Game Awards 2020, and while the selected games aren’t surprising, it’s an indication of just how great 2020 was for video games (and only video games, it seems). The nominees for Game of the Year are as follows:

Of the list, half are PlayStation exclusives, once again demonstrating just how strong Sony’s first-party lineup has been. Other categories like Best RPG, Best Narrative, Innovation in Accessibility, and more were revealed as well.

Here are your six nominees for Game of the Year at #TheGameAwards pic.twitter.com/ikRltsnBrm

Today, the official Marvel’s Avengers Twitter account revealed the release date for the game’s next War Table showcase. It will air tomorrow, Nov. 19, at 8 a.m. PT / 11 a.m. ET and focus on Kate Bishop, the next playable hero that will be added. Bishop is one of the iterations of Hawkeye and fights alongside Clint Barton in the comics. Crystal Dynamics originally planned to release Kate Bishop later this year, but she was delayed to 2021.

Ready your bow for our WAR TABLE Deep Dive Video on November 19 at 8AM PT where we'll focus our sights on Kate Bishop's story and move set! 🏹

FYI: Our "Deep Dive" format is a direct uploaded video, not a livestream. pic.twitter.com/BCRfnFxkEA

Star Wars: Squadrons Is Getting Two Free Content Updates Before the Year’s End

Star Wars: Squadrons will be getting two major updates across the next two months, starting later this November. On Nov. 25, players will gain access to a new map called Fostar Haven, along with new components like a Boost Extension Kit and Ion Rockets. Then in December, two new starfighters will be added — the B-wing for the New Republic and the TIE/d Defender for the Galactic Empire. Both updates will be free to all players.

Today, Niantic announced Pokémon GO: Beyond, a new update that will go live on Nov. 30. It will feature a new level cap of 50, a leveling overhaul, new seasonal events, more Pokémon, a 12 Days of Friendship event, and more. The update will be free for all players. Check out the quick announcement trailer below!

Read More: GO Beyond: The Pokémon GO journey continues beyond

As explained in an internal email obtained by Kotaku, Skull & Bones Managing Director Hugues Ricour has been removed from the project, following accusations of misconduct. The email reads, in part, “Effective immediately, Hugues Ricour is no longer Managing Director of Ubisoft Singapore.” In a follow-up response to to Kotaku, Ubisoft added that it “can confirm that Hugues Ricour is both stepping down from his role as MD and also leaving the Singapore studio, but will remain at Ubisoft.” This news comes in light of multiple misconduct allegations across the entire company, which Ubisoft has promised will be rectified moving forward. It’s unclear what this shakeup means for Skull & Bones — a game that has been in the oven for far longer than intended.