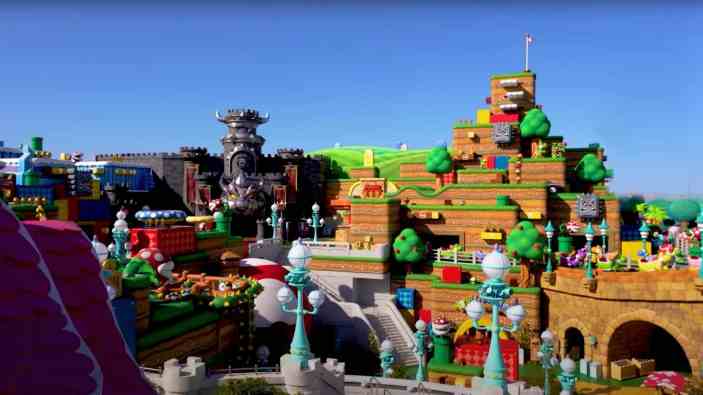 It’s nearly the weekend, so let’s jump into today’s video game news stories before we take a little break. Recently, Nintendo announced the release date of Sephiroth in Super Smash Bros. Ultimate, and players can actually obtain the character early. Plus, Nintendo will also be showcasing Super Nintendo World later today, and more. Here’s the video game news you might’ve missed on Dec. 18, 2020.

As announced during a recent Super Smash Bros. Ultimate showcase, the new Sephiroth DLC character will release on Dec. 22, 2020. However, players who defeat the character during the limited-time Sephiroth Challenge will unlock him immediately instead of on the release date. You can face him on three different difficulties, and he’s only a real challenge on the most difficult setting. Regardless of difficulty selected, those who take him down will gain access to the fighter, along with his Northern Cave stage ahead of its official launch next week.

Take the challenge from now until 12/22 5pm PT! pic.twitter.com/sMsbI1zCsS

The Prestige Shop is now open in #BlackOpsColdWar!

Use your Prestige Keys to unlock Legacy Calling Cards and Prestige Icons from previous Call of Duty games and show them off in-game.

Visit the Prestige Shop at the Progression menu in the Barracks. pic.twitter.com/NljDQlPQZM

Those playing the PC version of Death Stranding can now enjoy a Cyberpunk 2077 crossover, which includes a new futuristic-themed Trike vehicle, an equippable “Silver Hand,” new holograms, and multiple new wearable items from CD Projket RED’s new game. In addition to the cosmetic items, you’ll also find new missions that feature characters from Cyberpunk 2077. These items are only available in the PC version of the game, and there’s no word on whether the crossover will make its way to PlayStation.

Oddworld: New ‘n’ Tasty Is Free Through EGS Until the End of the Day

The Epic Games Store is giving away a new free game each day until the end of the year. Today’s free game is Oddworld: New ‘n’ Tasty, which normally costs around $15. It’s available until Dec. 19 at 11 a.m. EST. Oddworld: New ‘n’ Tasty originally launched for PlayStation 4 in 2014 and later came to other platforms, including Xbox One, Nintendo Switch, and even PS Vita.

Super Nintendo World Will Be Shown in a Direct Today

At 6 p.m. EST today, Nintendo will showcase Universal Studios Japan’s Super Nintendo World theme park via a Direct. It will last around 15 minutes and will not feature any new game announcements. Super Nintendo World is set to open in Japan on Feb. 4, 2021 and is expected to come stateside to Orlando, Florida, and Hollywood, California. Check out the Direct below!