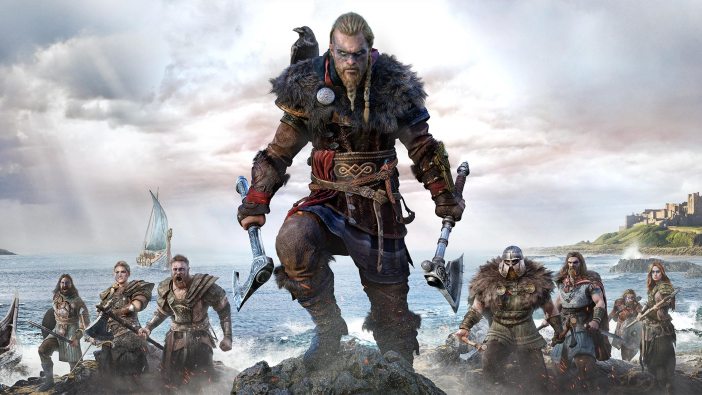 Today has spawned a roller coaster of emotions in the world of video game news. For starters, early reports seemed to suggest that the The Legend of Zelda: Breath of the Wild sequel’s Spanish voice over work was finished, but the report was apparently a misinterpretation. Along with that, lots happened in the world of Ubisoft. It put out a video showing some of what to expect during Ubisoft Forward, Assassin’s Creed Valhalla gameplay leaked, and some employees evidently don’t feel safe at the company currently. Here’s what you might’ve missed on July 6, 2020.

Ubisoft Forward Line-Up Reveal Shows Some of What to Expect

Today, Ubisoft uploaded a video showing off what to expect from its upcoming video presentation, Ubisoft Forward. While it doesn’t show us everything that will be revealed during the presentation, we do know we’ll get updates on Assassin’s Creed Valhalla, Watch Dogs: Legion, Trials, Ghost Recon, and the new battle royale called Hyper Scape. Ubisoft Forward will air on July 12 at 12 p.m. PT / 3 p.m. ET and will update us on what to expect from the company within the coming months.

Leaks seem to go hand in hand with Ubisoft games. The latest is a leak showing off Assassin’s Creed Valhalla‘s gameplay in a 30-minute video. The video has already been taken down, but not before people could check it out. There’s a lot to unpack in the video, but some highlights include ship battles, as well as the ability to transport out of the Animus back to modern day with the click of a button from the menu.

Since Ubisoft is cracking down on those posting the leaked video, you’ll have to go find it for yourself. But it does include lots of new details that might not be made available to the public for quite some time.

Allegations of sexual misconduct aren’t exclusive to the video game industry, but in recent weeks it has received a greater spotlight in the industry. Reports of misconduct come from those who cover video games, as well as those who make them. Ubisoft is just one of the companies caught in the controversy, as reports of its co-founder, Maxime Béland, state that he had been involved in serious misconduct with employees, including allegedly choking a woman.

In June, over 100 company employees sent a letter to leadership, which began with the following: “We, the undersigned employees of Ubisoft Toronto, are coming to you with grave concerns about ongoing reported harassment and an inability to feel safe or protected within our own studio.” It’s an unfortunate situation that Ubisoft leadership states is being worked on.

Marvel’s Iron Man VR Debuts at the Top of the U.K. Sales Charts

Marvel‘s Iron Man VR is doing well from a commercial standpoint, at least in the U.K. It debuted as the week’s second best-selling game, trailing only the monstrous The Last of Us Part II, which is the fastest-selling PlayStation exclusive ever. Iron Man came out ahead of the likes of Animal Crossing: New Horizons, Grand Theft Auto V, and even Call of Duty: Modern Warfare — a great sign considering the small demographic it appeals to. Congrats to Sony and Camouflaj for the success with Iron Man VR.

Read More: UK Sales Charts: The Last of Us 2 Remains Number One Despite Heroic Debut for Iron Man VR

Earlier today, reports began surfacing pertaining to Breath of the Wild  2‘s (or whatever it will be called) Spanish voice over work being complete. This report came via the Spanish version of Gamereactor, derived from a podcast that featured the Spanish voice actors from the original. However, a GameXplain video refutes this idea. The video explains how the statements made were very likely taken out of context. In essence, the actors never actually confirmed anything about voice over on the game. They aren’t permitted to confirm that they’re even involved with the project, so it’s unfair to say with certainty that the VO is complete or that it has even progressed.