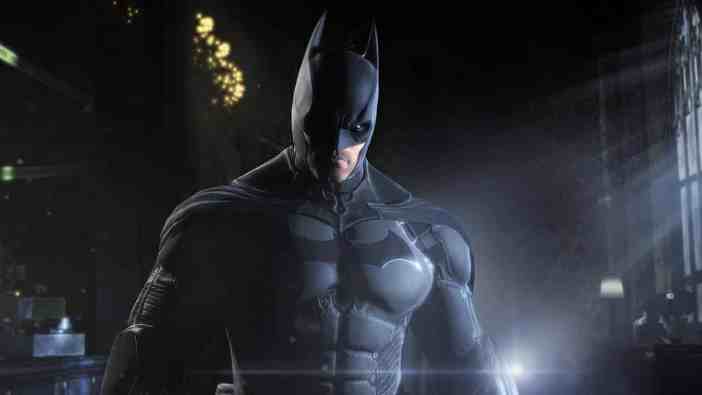 It’s Monday, folks, and there’s no shortage of video game news to dive into. Today, we learned of a new co-op mode coming to Ghost of Tsushima, as well as the announcement of an upcoming Nintendo Indie World Showcase airing tomorrow. Plus, WB Games Montréal is teasing something almost definitely Batman on Twitter, Microsoft Flight Simulator has gotten excellent reviews, Linkin Park is coming to Beat Saber, and more. Here’s the video game news you might’ve missed on Aug. 17, 2020.

Following the removal of Fortnite from the App Store due to Epic Games breaking guidelines, Apple has now informed Epic it will be terminating all developer accounts from the platform. This news comes after Epic filed a lawsuit against Apple involving antitrust allegations. A tweet from Epic shared that it has asked “the court to stop this retaliation,” with a link to more details.

Apple released a statement, noting that it would try to work with Epic to ensure Fortnite returns to the App Store but explained that it would not be giving the company special treatment. Epic maintains that it stands by its decision to implement its own payment system that bypassed Apple’s and referred to the platform as an “App Store monopoly.”

Apple removed Fortnite from the App Store and has informed Epic that on Friday, August 28 Apple will terminate all our developer accounts and cut Epic off from iOS and Mac development tools. We are asking the court to stop this retaliation. Details here: https://t.co/3br1EHmyd8

WB Games Montréal Teasing Something on Twitter Yet Again

We will soon be getting news on what WB Games Montréal has been up to. Today, the company released a cryptic video on Twitter featuring multiple logos, numbers, and other mysterious imagery. In turn, the company has shared reference to a “r3dakt3d” website that teases the upcoming game, which many expect will adapt Batman’s Court of Owls storyline.

If you visit the r3dakt3d website, you’ll find a message that reads “We have be3n expecting you 8/18,” so we’ll likely find out more tomorrow. Rumors of the game focusing on the Court of Owls have circulated for at least nearly a year now, though nothing has been officially confirmed. Let’s hope we’ll get more on this tomorrow. In any case, the game will appear at DC FanDome.

In celebration of the 20th anniversary of Linkin Park’s debut album, Hybrid Theory, Beat Saber has just gotten an 11-song track pack featuring some of the band’s most recognizable hits. The full list is as follows:

The track pack is available to download right now and costs $13.99. You can check out a trailer for the pack below:

Microsoft Flight Simulator Is Getting Astounding Reviews Across the Board

One of the big surprises of 2020 is Microsoft Flight Simulator, a game that — as its name suggests — puts you in control of numerous planes as you travel across the planet to real locations. Today, its review embargo lifted, and it has received tremendous and unanimous praise.

It currently holds a 93 on Metacritic, with many outlets praising its visuals and intuitive controls and some reviewers calling it the best flying sim to date. It will launch for PC tomorrow on Aug. 18, while the Xbox One version will launch sometime later. The great news is that it’s a Microsoft-published game, which means it’s available on Xbox Game Pass for PC.

Master Roshi Is Headed to Dragon Ball FighterZ in September

Later this September, Master Roshi will be added as a DLC character in Dragon Ball FighterZ as part of the game’s FighterZ Pass 3. The news came by way of an announcement trailer that briefly showed the character in action. There are still two more characters that will be added in the future who have yet to be revealed. It’s wild to see a fighting game that launched in 2018 still continue to get major support, but with a game as successful as Dragon Ball FighterZ, it makes sense.

You can check out the Master Roshi announcement trailer below: