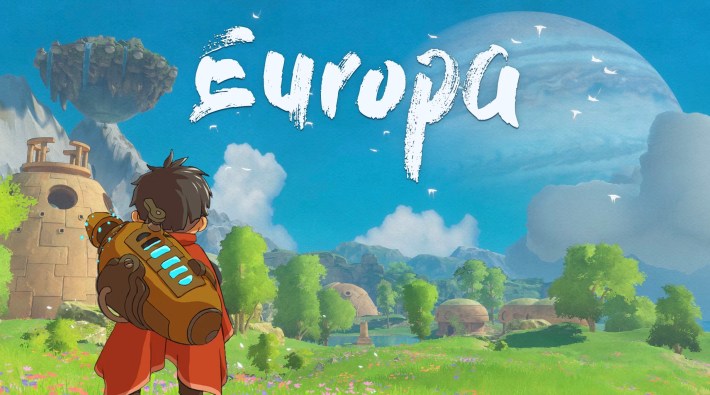 Publisher Future Friends Games and developer Helder Pinto have revealed PC and console game Europa, a beautiful, peaceful adventure set in a ruined utopia with cartoon visuals inspired by the work of Studio Ghibli. The team has revealed an announcement trailer that is already just asking players to get lost in its mystical alien world. The video shows main character Zee gliding over lakes, through meadows, and into worlds unknown. It’s all gorgeous, and you can see it for yourself in the Europa game reveal trailer below.

Players who pick up Europa will be treated to more than its lush visuals. Helder Pinto promises free-flowing movement options and secrets to uncover throughout the journey, adding that puzzles and dangers will help fill the time. Zee’s Zephyr jetpack can also be upgraded to allow for quicker and freer traversal.

For more on Europa’s story on humanity and nature, here is how the development team describes it: “On the moon Europa, a lush terraformed paradise in Jupiter’s shadow, an android named Zee sets out in search of answers. Run, glide and fly across the landscape, solve mysteries in the ruins of a fallen utopia, and discover the story of the last human alive.”

While Future Friends has published titles like Omno, Exo One, The Block, and more in the past, this will actually be Helder Pinto’s first project. However, that doesn’t mean that the studio has no experience going into its debut project. Work on Europa began with a one-man crew in 2017, with the lead developer having prior experience as an art director on games like Diablo 3 and Overwatch. Helder Pinto has since picked up talent in the programming, animation, narrative, and art departments to help the game maximize its potential.

Europa is due out in 2023. Stay tuned for more information as we wait for Future Friends and Helder Pinto to reveal which consoles it will come to.