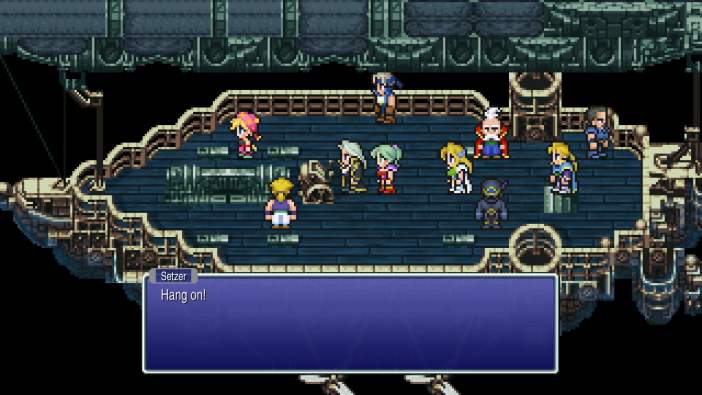 Regardless of what anyone ever said, it has always been a foregone conclusion that Square Enix would bring the Final Fantasy Pixel Remaster series to at least Nintendo Switch and PlayStation 4, because Square enjoys money too much not to do that. Now (via r/FinalFantasy and Gematsu), sure enough, the Final Fantasy Pixel Remaster series has received a Switch and PS4 ESRB rating for each individual game in the series (FF1, FF2, FF3, FF4, FF5, and FF6). To date, the games have only been available on PC and mobile devices, so one would presume it’s only a matter of time until Square Enix officially announces these console ports and a release date.

Presuming this ESRB rating pans out (as mistakes do happen, but they’re extremely rare and do not typically apply to six games simultaneously), this means Final Fantasy I, II, III, IV, V, and VI are all headed to Switch and PS4 with remastered visuals and a breathtaking new arrangement of the soundtrack for each game. The first game has an E ESRB rating, the next four games have an E10+ rating, and Final Fantasy VI has a T rating for a punching, a stabbing, and partial nudity.

Square Enix originally announced this remastered collection of iconic Final Fantasy titles at E3 2021, but it was only for PC via Steam and mobile devices at the time. The first three games launched together in July 2021, and the other three titles subsequently received a staggered release. Final Fantasy VI Pixel Remaster finally launched in February 2022, with the opera scene using an actual vocalist and recorded in seven different languages. The remaster series is not perfect, with a few bugs, a few odd visual choices, and an awful default text font, but it’s still awesome overall.

Considering that all six of these games originally released on NES and SNES in the first place, it just feels right that Square Enix bring the Final Fantasy Pixel Remaster series to Nintendo Switch (and it certainly doesn’t hurt to have it on PS4 either). Although, buying all six of these games was not exactly cheap on PC and mobile, and you should expect that to hold true for the Switch and PS4 releases as well. Because again — Square Enix loves money. That being said, it would be a bit strange but not unprecedented if the games never come to Xbox.