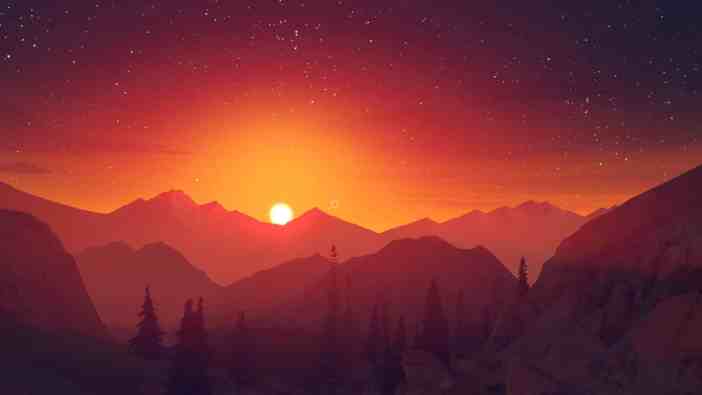 Get ready to watch a guy walk through the woods and talk on a radio for two hours. The critically acclaimed and successful indie game Firewatch is going to be adapted into a film by production company Snoot Entertainment. The studio will work alongside the game’s developer, Campo Santo, to create the movie, which is in the early stages. Keith Calder and Jess Wu Calder will produce for Snoot Entertainment, and Sean Vanaman and Jake Rodkin will produce for Campo Santo.

In the 2015 game, players took control of Henry as a fire lookout in the forests of Wyoming in 1989. He communicates with his supervisor Delilah through a walkie talkie. The pair begin to unpack a mystery taking place in Shoshone National Forest and develop a surprisingly complex, emotional relationship.

Snoot Entertainment is best known for its trio of Adam Wingard films, You’re Next, The Guest, and Blair Witch, but it also produced Anomalisa and more recently Blindspotting. The Snoot producers’ quote on obtaining the rights to the game shows they at least seem to somewhat understand the humor and soul that is found in it: “Firewatch is a stunning accomplishment, a beautiful and heartbreaking piece of art. I’m delighted that Sean and Jake are letting us ruin their perfect video game by turning it into a movie and/or TV show.”

“Jess and Keith are hard-working and visionary film producers with impeccable taste in video games,” added Vanaman. “Not unlike when we met Joe Drake and the team at Good Universe in 2016, we knew in our first conversation with Jess and Keith that they’d make great partners. We have no doubt in their expertise, their taste, and their passion and assume that our experience as so-so game developers will make us first-rate producing partners.”

This actually isn’t the first attempt at adapting the 2016 game for the big screen. The aforementioned production company Good Universe had the rights to Firewatch, but when the company was bought by Lionsgate, Campo Santo got the rights back and went looking for a new partner. Hopefully, this film moves a bit faster than the Myst movie.