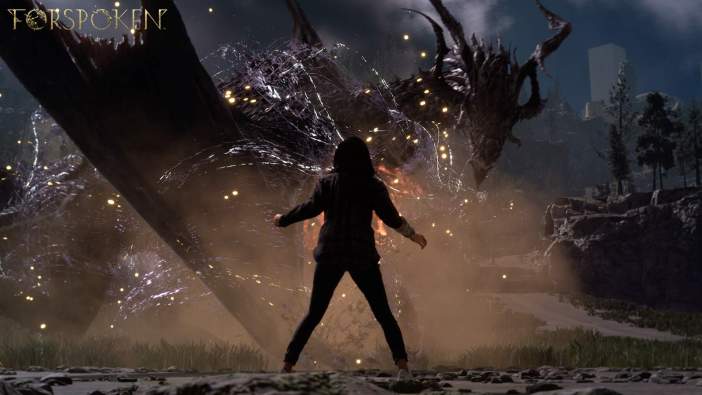 The release date of Forspoken inches ever closer: January 24. Square Enix has done a decent job of building hype for the RPG. An overview trailer showed off the title’s vast open world. And there is a demo available over at the PlayStation Store. Now that the gameplay itself has been properly consumed, Square Enix has hit YouTube with a short, snazzy cinematic trailer for Forspoken.

Check out the official Forspoken cinematic trailer below:

Our heroine, Frey Holland, is shown juxtaposed between New York City and Athia, the land she is transported to magically. And while she is running in both areas, in Athia she at least breaks out some spells to attack her agitators. There is no gameplay shown in this trailer, but the graphics are certainly comparable. Technology has basically moved past the need for CG.

The verdict is still out on Forspoken. Based on the demo, in my opinion at least, the game is a very by-the-numbers action RPG. Combat feels slow and overly complicated. There are also way too many quips between Frey and her sentient bracelet, Cuff, though the frequency can be toned down in the options. Hopefully, the main adventure will wow critics and fans alike.

Forspoken launches on January 24 for PlayStation 5 and PC.