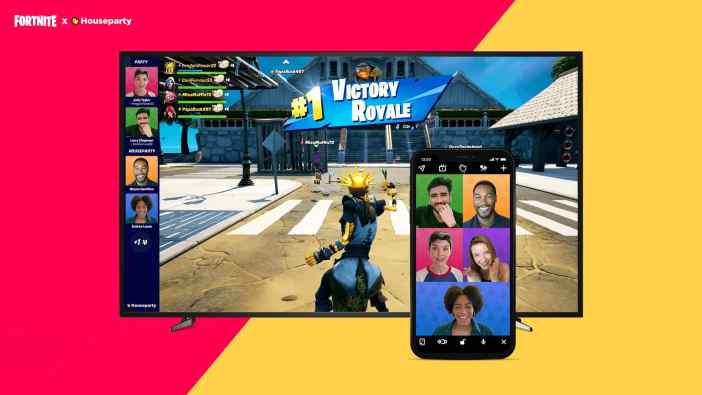 Fortnite is getting in-game video chat per a new update from developer Epic Games. Starting today, players on PC, PlayStation 4, and PlayStation 5 will be able to use their iPhone and Android devices to see live feeds of their friends while playing the world’s biggest battle royale game. The phone streaming feature may seem a bit strange at first, but you can see a video of how the app, called Houseparty, will work below.

Epic Games purchased the communication app Houseparty in 2019, and it makes Fortnite in-game video chat possible. Players can link the app to their accounts via phone, leaving the app to automatically track and center on players’ faces. The feature sounds to be fairly accessible too, as with most platforms, Houseparty lets you block and report annoying players that you regret letting join your party.

In today’s announcement post, Epic spoke on the lack of support for other platforms: “At the moment, it’s only available for PC and PlayStation (both PS4 and PS5). We will let everyone know if we’re able to support more platforms in the future.” However, as Eurogamer notes, it doesn’t seem like there’s a technical reason why other platforms would have to wait for support for this feature.

Fortnite is currently in the process of wrapping up its latest season of Marvel-themed content. At the beginning of this month, Epic revealed that its battle royale shooter would arrive on PlayStation 5 and Xbox Series X | S at launch.