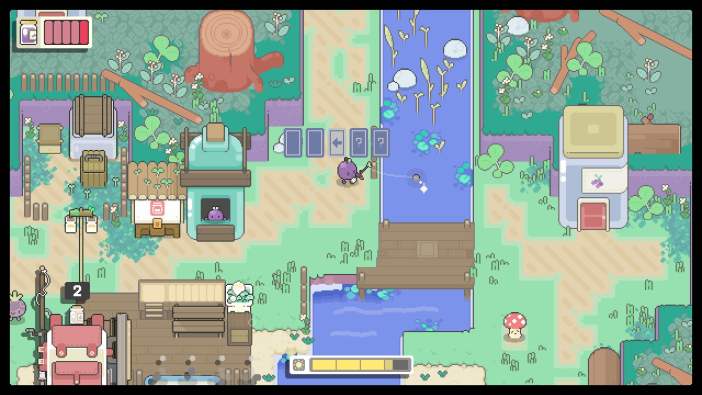 In Garden Story, players fill the purple shoes of Concord, the youngest grape in town. The bite-sized story takes place in the Grove, where the goal is to help build flesh out the island by fighting off Rot, fostering a community, and gathering resources as a garden Guardian. Despite his grape form, Concord is an adventurer, too, with players tasked with exploring The Grove’s four regions.

Garden Story was actually supposed to launch last year before gaming investment fund Kowloon Nights stepped in to form a partnership with the development teams. The additional backing gave Rose City and Picogram room to improve its indie adventure with all sorts of goodies. Now, after a bit more of a wait, fans can finally see how the additional funds paid off. When Garden Story launches later today, you can see for yourself. Also, keep an eye out for our Review in 3 Minutes for the title, which will be up shortly. There is a lot of gardening and also brutal action in your future.